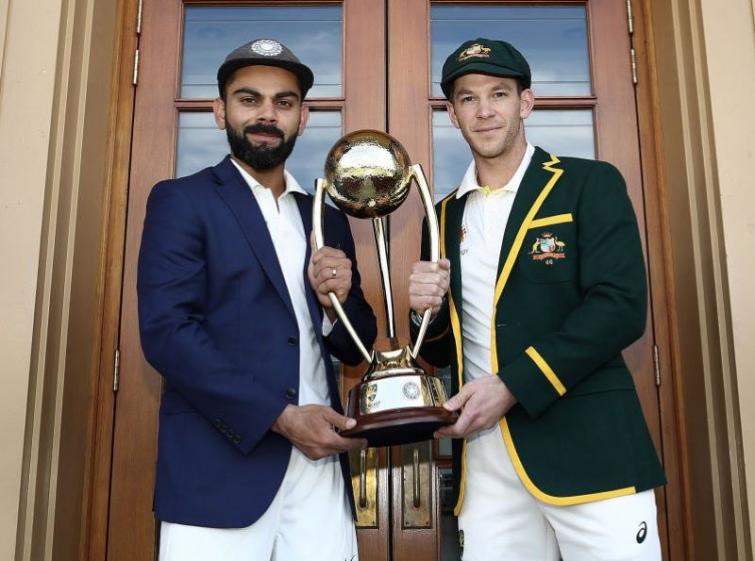 After anti-Covid lockdown break, India to return to cricket field playing against Australia

Mumbai/IBNS: The Indian cricket team will be back in action after months of break due to the anti-Covid-19 lockdown in a T20I series followed by a Test competition against Australia this year.

The International Cricket Council (ICC) on Thursday informed that Australia have announced their fixture for the upcoming summer where the Aussies will play a three-match One Day International (ODI) series against Zimbabwe followed by a T20I series against West Indies and India.

In December, Virat Kohli and his men will take on the Australian team in the high-voltage Border-Gavaskar Trophy, a Test series, which will begin on 3rd of the particular month in Brisbane.

The second Test, which will be played between Dec 11 and 15, will be a pink-ball one at the Adelaide Oval.

The third and fourth Tests are scheduled to be played at MCG and SCG respectively.

India at their backyard had earlier played their maiden pink-ball Test against Bangladesh in November last year.

The match was comprehensively won by Kohli's men by an innings and 46 runs.

Regarding the Border-Gavaskar Trophy, Indian cricket captain Virat Kohli in January had said, "Whether it is the Gabba or Perth, it doesn't matter to us."

"We have the skill sets as a team to compete against anyone in the world anywhere, whether it is white ball, pink ball or red ball. We are absolutely up for it."

Meanwhile in India, all sporting activities were stopped till the end of anti-Covid lockdown 3.0 which expired on May 18.

In the lockdown 4.0, the Indian government in a revised guidelines had allowed the sporting activities to be organised in stadiums (not in containment zones) devoid of spectators.

However, the Indian cricket board has not resumed the cricketing activities prioritising the safety of the players.

The 13th edition of mega T20 tournament Indian Premier League (IPL), which is hosted in every summer by India, has also been postponed indefinitely.