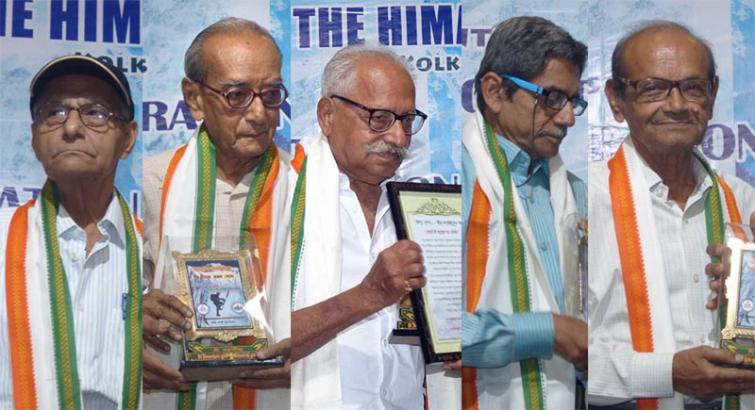 Kolkata/IBNS: Eleven veteran mountain lovers and adventurers of yester years from West Bengal were felicitated at a captivating and well attended function, jointly organised by The Pahariya – a platform for mountain lovers and Kolkata section of Himalayan Club at Maidan tent of Press Club Kolkata here recently.

Beside noted octogenerian glaciologist and a Fulbright scholar Prof. Monotosh Bandypadhyay, Dr. Prabir Lahiri who did high altitude research in Physiology along with climbing  and Dr. Ruma Chatterjee, who apart from taking part  in many high altitude trekkins in Himalaya also organises adventure camps to help multiple disabled children to find their way in the main stream of our society, other noted mountaineers of  the state  who were accorded feliciations  for their achievements and contributions in the field of adventure  included Birendra Nath Mukherjee, Manujendra Nath Bhowmik, Pravat Ganguly,  Himadri Bhattacharjee,  Nihar Ghosh, Indranath Mukherjee and Srikantha Mitra.

Sailendra Nath Chakrabarty, who was also to receive the felicitation, could not be present being indisposed.

The felicitaion was preceded by an illustrated oration on Uja Tirche Expedition which was held in memory of famous mountaineer and Himalayan traveller Bidyut Sarkar, who died last year. 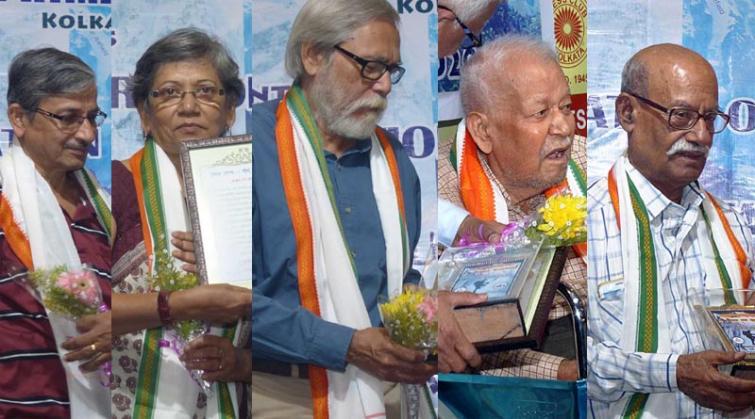 Uja Tirche , which was organised during 1973, was Sarkar's first expedition in Himalaya where he was also one of the summiters.

The oration was delivered by leader of the expedition Shyamal Chakraborty.

Another illustrated talk on an exploratory trek in Har Ki Doon Valley, organised by Himalayan Club during last year, was also held at the programme which was delivered  by the leader of the venture Prosenjit Samanta.

Earlier another veteran mountain lover and adventurer Biman Bihari Kahali spoke on his feelings and exploits in the Himalaya.