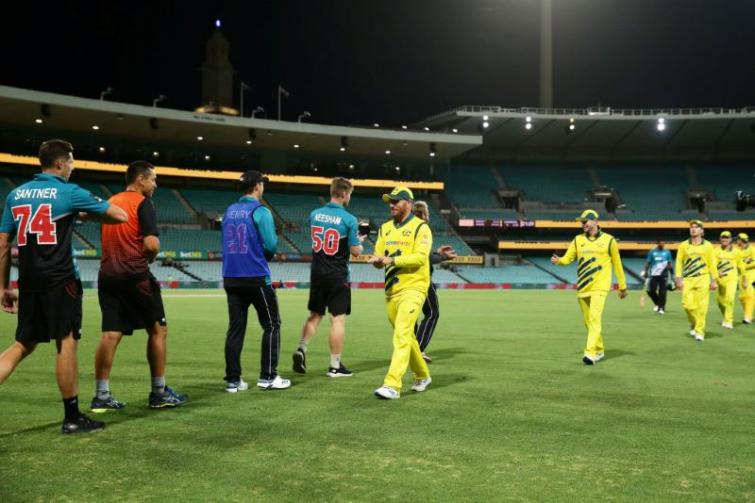 Dubai/IBNS: The International Cricket Council (ICC) on Saturday announced that the ongoing Australia-New Zealand One Day International (ODI) series has been postponed amid the outbreak of the deadly Novel Coronavirus.

Australia's upcoming away series in New Zealand has also been postponed.

The two teams were in the middle of a three-match ODI series, the first sporting encounter of which was won by the Aussies.

JUST IN: The ongoing #AUSvNZ ODI series and Australia's upcoming away series in New Zealand have both been postponed amid growing COVID-19 concerns. pic.twitter.com/XNx29nwsdH

Several international sporting events have also been postponed over the virus outbreak.

The commencement of mega tournament Indian Premier League (IPL) on Friday was deferred to Apr 15 from Mar 29.

The remaining two ODI matches in the three-match series between India and South Africa have also been called off.