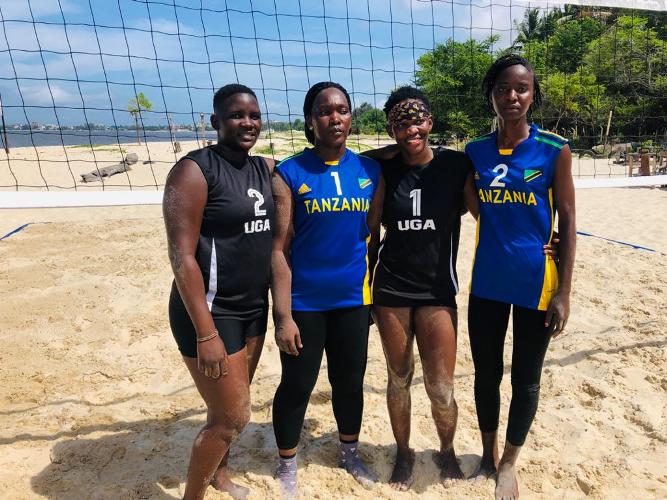 Entebbe/Xinhua: The Mozambique team started their campaign in the women's beach volleyball Continental Cup with a win over hosts Uganda on Tuesday at the White Sand Beach in Entebbe.

The five countries taking part in the second round of Group D, which is also acting as the 2020 Tokyo Olympics qualifications, include Uganda, Zimbabwe, Mozambique, Guinea and African beach volleyball giants Egypt.

The Tokyo Olympic qualifying tournament will run through to March 12. The two best teams in the group will compete against the six teams emerging from the other three groups for the only spot on offer to represent Africa in the 2020 Tokyo Olympics.

Hadija Namanda, President of the Uganda Volleyball Federation (UVF) told Xinhua that they are happy to host a 2020 Tokyo Olympics qualifying event.
"We know the likes of Mozambique and Egypt have played at the world stage before. But our two teams are determined to give a good account," added Namanda.