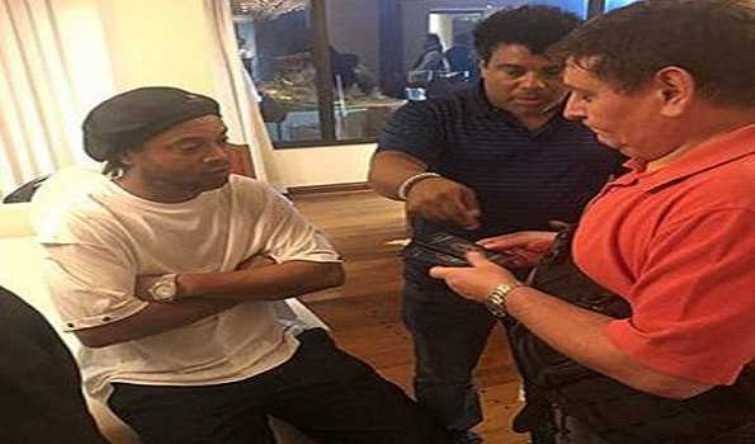 Asuncion/Xinhua: Brazilian football great Ronaldinho and his brother Roberto Assis were arrested in the Paraguayan capital Asuncion for allegedly entering the country with false passports.

Ronaldinho, 39, and Roberto de Assis, 49, were detained after police raided their presidential suite at the Resort Yacht and Golf Club, around 15km south of Asuncion, late on Wednesday.

"Mr Ronaldinho has a false passport. That is a crime and that's why he has been arrested," Paraguay's interior minister Euclides Acevedo said. "I respect his sporting achievement and popularity but the law needs to be respected no matter who you are."

Acevedo said that an investigation was "ongoing", adding that more information would be shared with the public at a press conference on Thursday morning, local time.

Paraguayan and Brazilian media reported that Ronaldinho and Assis, who is the former Barcelona playmaker's agent, remained at the hotel under police watch after their arrest.

The brothers arrived in Paraguay on Wednesday morning to participate in a children's charity campaign and to publicize a new book about Ronaldinho's career.

It is not the first passport controversy to engulf Ronaldinho and Assis. In November 2018, they had their travel documents seized by Brazilian authorities after failing to pay a fine resulting from a 2015 court case.

Ronaldinho retired from football in 2018 after a career that included a World Cup triumph in 2002 and two FIFA World Player of the Year awards.