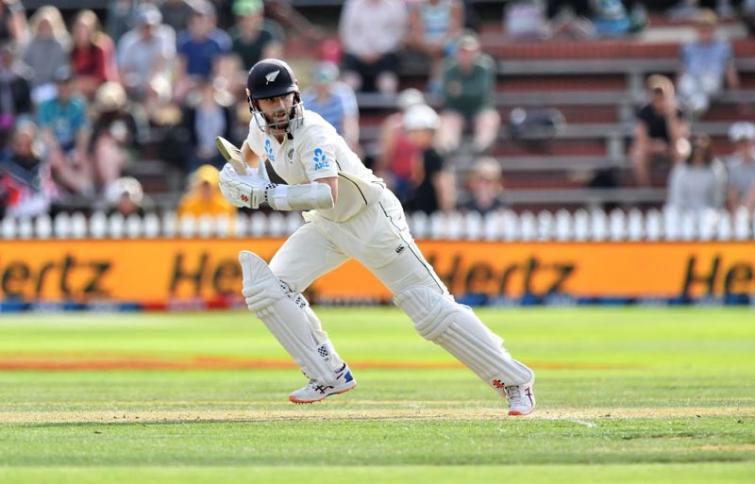 Wellington/IBNS: After bowling out India cheaply, New Zealand took a decent lead of 51 runs as they scored 216/5 at stumps on the second day of first Test match at Basin Reserve here on Saturday.

Though the Kiwis lost couple of wickets very early, skipper Kane Williamson and Ross Taylor together put up 93-run partnership for the third wicket.

While Williamson was dismissed for 89, Taylor scored 44 off 71 balls.

As the day's play ended, wicketkeeper-batsman BJ Watling and Colin de Grandhomme are unbeaten at 14 and four respectively.

Mohammed Shami and Ravichandran Ashwin shared one wicket each.

Earlier in the day, New Zealand bowled out India for 165.

Ajinkya Rahane was the highest scorer for India. He scored 44 off 138 balls.