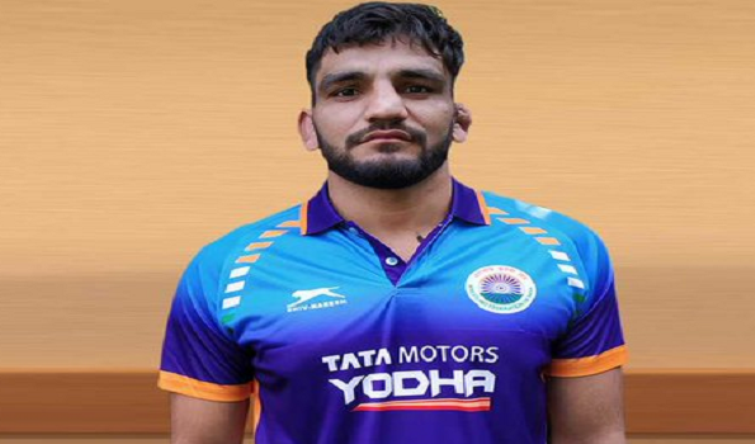 New Delhi/UNI: India's Sunil Kumar reached the final of 87kg category with a brilliant comeback victory over Azamat Kustubayev in the semi-final bout, at the Asian Wrestling Championships here on Tuesday.

Kumar was down 1-8 in his semi-final bout against his Kazakh opponent but made a great comeback, winning 11 points on the trot to finish the bout at 12-8.

In 2019 also, Sunil had made it to the final and ended with a silver medal.

Earlier in the day, Arjun Halakurki (55kg) lost his semi-final bout from a winning position. He lost 7-8 against Iran's Pouya Mohammad Naserpour.

Arjun will now be up against Korea's Donghyeok Won in the bronze medal playoff.

Meanwhile, Mehar Singh also lost his last four bout. Up against Minseok Kim of Korea, Mehar went down tamely to the Korean by a 1-9 margin.

Mehar had made the Indian team at the last minute. Just three days before the tournament, India's number one in 130 kg, Naveen, pulled out of the event due to injury.

In the first qualification bout of the day, Sajan, who was one of India's big medal hopes lost in a disappointing manner.

He was pitted against under-23 Asian champion Renat Iliazuulu of Kyrgyzstan in the first round. The Indian wrestler could not match the initial onslaught of Iliazuulu and lost 6-9.

Sachin Rana (63kg) faced a massive defeat against Elmurat Tasmuradov by a margin of 8-0. He was then pitted against Yernur Fidakhmetov of Kazakhstan where he could not put up much of a challenge and went down 6-3 in his Repechage bout.