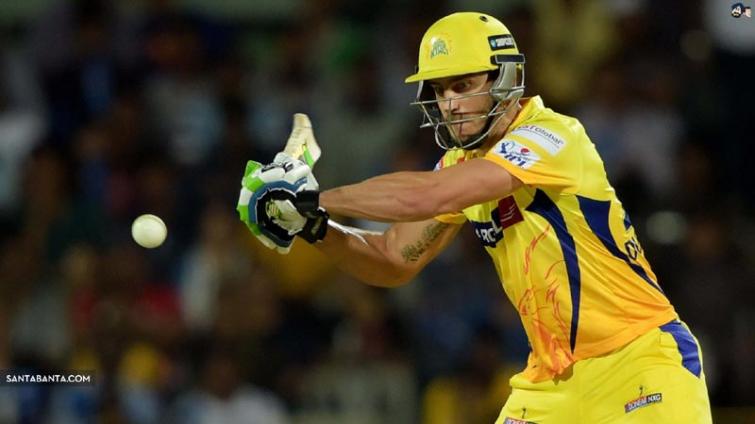 Durban/IBNS: Describing his step being taken by keeping in mind the 'best interests of South African cricket', skipper Faf du Plessis on Monday stepped down as the captain of the national side in all formats of the game.

The 35-year-old has cited a need to take a step back from captaincy in order to help facilitate the emergence of the next generation of leaders within the team under the new stewardship of Quinton de Kock.

With a calendar that is jam packed with international tours both home and away, including the ICC Men’s T20 World Cup in Australia this October and November, Du Plessis would like to concentrate on contributing to the team as a batsman and senior player who will offer guidance and advice to the new leadership group as part of their succession planning.

“The last few weeks of rest away from the game have given me a lot of perspective on the great privilege and honour I have had in representing and leading my country in the three formats of this wonderful game. It has been a rewarding, sometimes tough and other times a lonely road, but I would not replace the experience for anything, because it has made me the man that I am proud to be today," the South African batsman said.

“When I took over the leadership, I did so with the commitment to lead, perform and most importantly, to serve. As the team heads into a new direction with new leaders and a young crop of players, I feel it will be in the best interests of South African cricket to relinquish the captaincy in all formats. This was one of the toughest decisions to make, but I remain fully committed to supporting Quinton, Mark and my teammates as we continue to rebuild and re-align as a group," he said in a statement.

CSA Acting CEO, Dr Jacques Faul  said in the statement: "Faf’s record as player and captain speaks for itself. He is the only South African captain to have won home and away series against Australia – one of the benchmark nations of the game – in both Test match and ODI cricket and he also won a one-off T20 International series in Australia."

Du Plessis has captained South Africa in a total of 112 international matches across all three formats since December 2012 when he led South Africa for the very first time against New Zealand in a T20 series.

The hosts won that three-match contest 2-1. Since then, he has scored 5 101 runs in all formats as captain amassing 11 centuries and 28 half-centuries as he went.

He led the Proteas in several famous victories, including the team’s five-nil inbound ODI series and 2-1 outbound Test series victories against Australia in 2016.