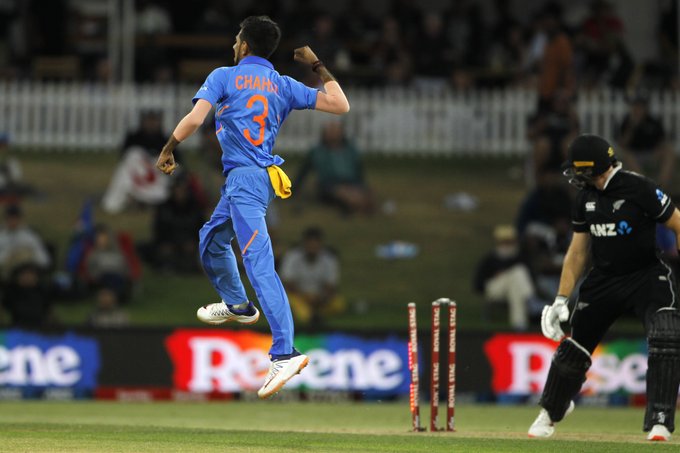 Mount Maunganui/IBNS: New Zealand choked India to a whitewash series win in the ODIs as the Kiwis beat the 'Men In Blue' by five wickets in the final match of the clash here on Tuesday.

New Zealand took sweet revenge on the T20 series by beating India in the final match of the series where Virat Kohli and his men were first restricted to 296 for the seven wickets. The Kiwis then reached the winning target of 300 runs by losing five wickets with 2.5 overs to spare.

New Zealand completed their 3-0 sweep against India in the series.

India had defeated New Zealand 5-0 in the T20 series earlier in their tour.

Chasing 297 for victory, New Zealand batsmen remained focused as all their top batsmen contributed with their willows.

Guptill (66),  Nicholls (80), Kane Williamson (22) and Grandhomme (58*) contributed with their bats which helped the home side reach the winning target easily at the end.

Bumrah failed to pick up a single wicket in the innings which stood as one trouble factor for the Indian team.

KL Rahul's century powered India to post 296/7 in 50 overs in the third and final One Day International (ODI) match against New Zealand here on Tuesday.