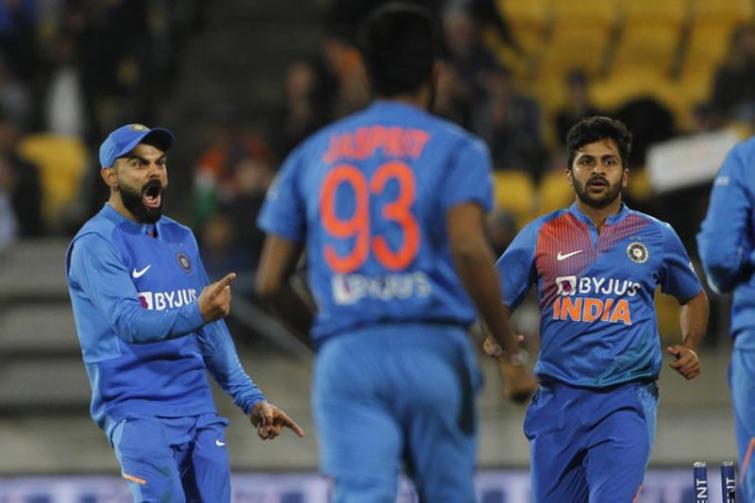 Wellington/IBNS: In yet another Super Over thriller finish, India defeated New Zealand to take 4-0 lead in the T20 International series here on Friday.

Tim Southee's unforgettable performance in Super Over continued in the fourth match of the tournament as Indian batsmen took complete advantage of his performance in the clash.

Indian batting sensation KL Rahul hit a six and a four off the first two balls to nearly decide the match's fate.

Virat finished the match in style as he hammered a boundary off the fifth to win the encounter against New Zealand. The win ensured India take a major 4-0 lead in the series.

India needed 14 runs for victory in the Super Over after Jasprit Bumrah bowled economically in his over.

This was the second back-to-back match that went down to the Super Over for a decider.

Despite, Munro (64) and Seifert's (57) gutsy knocks, New Zealand kept losing wickets fast at the end which failed the men reach the target set by India.