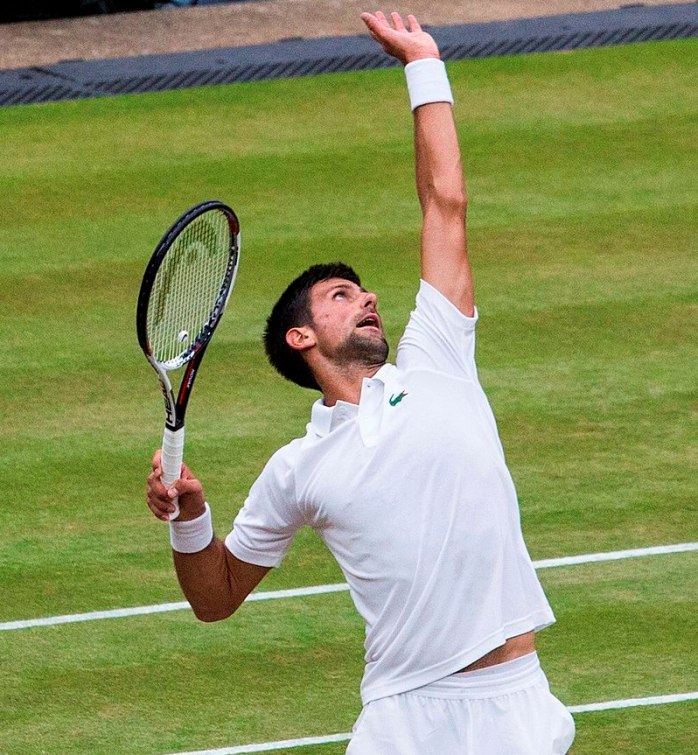 Djokovic was relentless, once he recovered from 2-5 down in the first set, to beat six-time former champion Federer, who was hindered by a groin injury, 7-6(1), 6-4, 6-3 in two hours and 18 minutes on Rod Laver Arena.

“It could have definitely gone a different way, if he’d used those break points. He got off to a good start and I was pretty nervous at the beginning, '' Djokovic said in an on-court interview.

''I have to say I respect Roger for coming out tonight. He was obviously hurt and not close to his best in terms of movement. It wasn’t the right mindset at the beginning, because I was watching him and how he was moving early on, rather than executing my own shots. I managed to dig my way back and win the first set, which was obviously mentally important, '' he added.

Djokovic leads Thiem 6-4 in their ATP Head2Head series and has a 3-2 advantage over Zverev.

Victory in the final would mean a record-extending eighth Australian Open triumph for Djokovic, who has lost just three matches at Melbourne Park in the past 10 tournaments.

It would also move him within three of 38-year-old's Federer's all-time record of 20 men's Grand Slam singles titles and within two of Spain's Rafael Nadal, who lost to Thiem in Wednesday's quarter-final.

Djokovic is now 27-23 lifetime against Federer, having won all four of their semi-final clashes at Melbourne Park (also 2008, 2011 and 2016) and his past six clashes against the Swiss at Grand Slam championships.