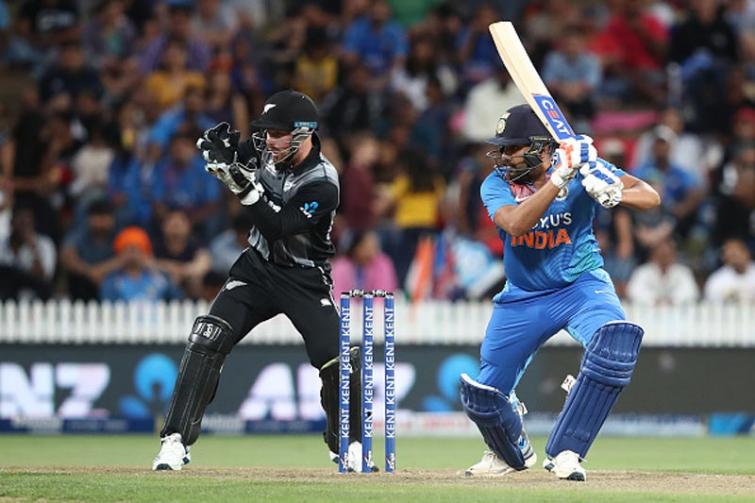 Hamilton/IBNS: Indian 'Hitman' Rohit Sharma hit two huge sixes as the visitors defeated New Zealand in a Super Over thriller to win the third T20 match against New Zealand to grab the series here on Wednesday.

The match was tied and it was left for a Super Over thriller to decide the winner.

Kane Williamson played an innings of his life as he smashed 48-ball 95 which nearly made all the difference between the two side.

Indian pacer Shami picked up his wicket at the right moment to prevent the hosts from reaching the target.

Kane hit eight boundaries and six sixes in his innings.

Earlier, riding on Sharma's 65 runs, India posted 179 for the loss of five wickets.

India is now 3-0 up in the five-match series.