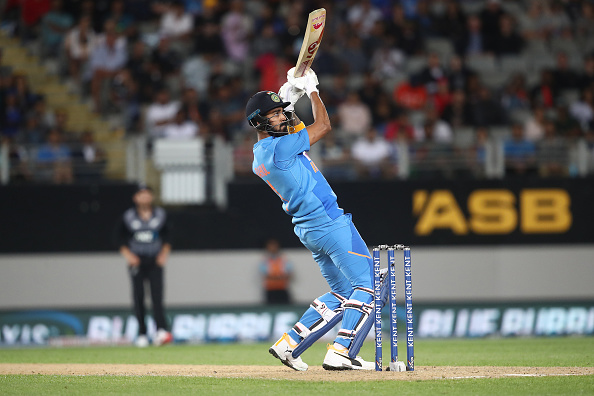 Auckland/IBNS/UNI:  KL Rahul smashed unbeaten 57 runs as India beat New Zealand by seven wickets in the second T20 match of the series to go up 2-0 here on Sunday.

He hammered three boundaries and two sixes in his knock that set the difference between the two sides.

India could not start the innings on a positive note as the side lost two quick wickets- Rohit Sharma (8) and Virat Kohli (11).

Iyer added 44 runs as he joined Rahul in their attempt to reach the winning target.

Earlier, Black Caps' skipper Kane Williamson won the toss and elected to bat first. Opener Martin Guptill got the hosts off to a good start but lost his wicket for 33 in the sixth over to Shardul Thakur.

Colin Munro also failed to make a mark as he got out to Shivam Dube after scoring 26 runs from 25 balls, leaving Kiwis to 68-2 after 8.4 overs.

Indian bowlers continued to put pressure on Kiwi batsmen in the middle overs. Kane Williamson struggled to get the ball into gaps and lost his wicket trying to sweep Ravindra Jadeja. Williamson departed for 14 runs from 20 deliveries.

Colin de Grandhomme failed again as he lost his wicket to Jadeja for just two runs. New Zealand were in a spot of bother after losing Colin Munro and captain Kane Williamson in quick succession on this slow Eden Park wicket.

From there on, Ross Taylor and Tim Seifert batted cautiously and helped New Zealand cross 100 run mark after 15.3 overs.

Ross Taylor and Tim Seifert shared a 44-run partnership and tried to get Kiwis to a par score but they couldn't as Bumrah and Shami bowled the yorkers and slower balls.

Taylor failed to score a single boundary in his innings as he lost his wicket for 18 runs from 24 deliveries in the final over.

Jasprit Bumrah and Mohammed Shami were excellent at the death, giving away less than 6 runs per over.

Tim Seifert played a handy knock of 33 runs from 26 deliveries but in the end, New Zealand were restricted to 132 for 5 in 20 overs.