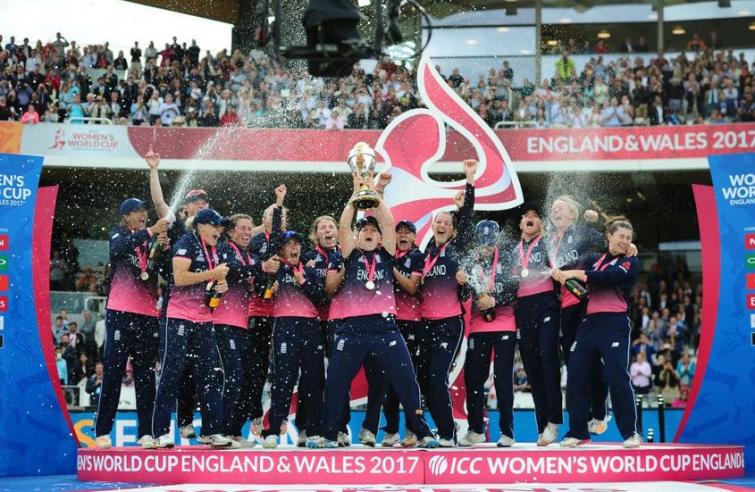 Dubai/IBNS: The six cities that will welcome sports fans from around the globe to New Zealand for the ICC Women’s Cricket World Cup 2021 early next year have been confirmed.

Auckland will host a bumper opening weekend at Eden Park, before the focus shifts to matches in Wellington, Hamilton, Tauranga, Dunedin and Christchurch.

The tournament, which features 31 matches played between February 6 and March 7, will be capped by a spectacular final in Christchurch under lights at Hagley Oval.

ICC Women’s Cricket World Cup CEO Andrea Nelson said she was delighted to announce the six host cities for what promises to be a truly national event.

“Our goal was to ensure all 31 matches will be played at the best venues, encompassing a geographic spread that ensured as many Kiwi sports fans as possible get to engage with the tournament,” Nelson said.

“It was great to see the enthusiasm from so many cities bidding for a chance to welcome the best players in the world to their back yard,” Nelson said.

“We’re absolutely thrilled with the outcome of that robust process and the cities that are now locked in,” she said.

Following the consents being granted for the installation of lights at Hagley Oval for the final late last year, the ICC Women’s Cricket World Cup final has been allocated to Christchurch. Ongoing monitoring is in place to ensure the lights are in place for the February event.

The dual code cricket and hockey international, who first donned the WHITE FERNS top at the age of 17, was particularly excited “to have the opportunity to play in the World Cup on home soil back where it all began for me in Wellington”.

India’s veteran global superstar Mithali Raj – who recently announced her retirement from the T20 format to focus on ODI matches – was also on hand for the host city announcements.

“Playing for your country is always a special feeling and we’re all very excited to play in the beautiful country of New Zealand,”

“Women’s cricket is slowly getting access to centre stage so it’s important that we continue to grow this interest around the world,” she says.

With the ICC Women’s Cricket World Cup 2021 set to showcase the rapid global growth in female cricket, millions of eyes will be on New Zealand next year.

ICC Women’s World Cup 2021 Chair, Liz Dawson, said: “This incredible event will underline the progress that has been made in the global game and the tremendous opportunities that now exist for women and girls in cricket.

“The hundreds of thousands of children across the planet who will be inspired to take up the game, and indeed much greater interest in the game overall, will be one of the great legacies of this World Cup.”

“ICC is committed to growing the women’s game and this event is another step forward on that journey and part of our continued investment in the game to provide a global platform for the world’s best players. Women’s cricket has huge potential for growth and the ICC Women’s Cricket World Cup 2021 gives us a fantastic opportunity to realise that.

“I’d like to thank our host cities for sharing in our ambition and I know the New Zealand sport loving public will be out in force to support the teams. The eyes of the cricketing world will be on New Zealand in February and March 2021 as the best female players on the planet converge to put on what will be an incredible show.”

New Zealand Cricket CEO, David White said the World Cup would be a significant milestone in the ongoing transformation of women’s cricket in the host nation and beyond.

“This will be a spectacular event that will help further engage, and grow, an appreciative new audience for the game. We’re looking forward to showcasing the best of our sport and our country to the rest of the world.”

Emily Drumm, who captained the WHITE FERNS to victory in the 2000 Women’s Cricket World Cup and now works as a television commentator, said she was thrilled to see how far the women’s game had come since she lifted the trophy 20 years ago.

“It’s great to see our hard-working women finally getting the exposure they deserve – including the chance to play at the country’s major cricketing venues,” she said.

Economic Development Minister Phil Twyford said hosting the ICC Women’s Cricket World Cup 2021 aligns with the Government Strategy for Women and Girls in Sport and Active Recreation by creating opportunities to grow female leadership and participation in sport, and increase the value and visibility of women’s sport.

“Sharing the matches across Wellington, Auckland, Christchurch, Dunedin, Tauranga and Hamilton will give everyone a chance to watch women’s cricket and be part of the action.

“The Cricket World Cup is the start of two big years for women’s sport and has secured funding through the government’s Major Events Fund. We can also look forward to hosting the Rugby World Cup in 2021 and the 8th World Conference of the International Working Group on Women in Sport in 2022.”

The full match schedule will be announced when the event is officially launched in March.