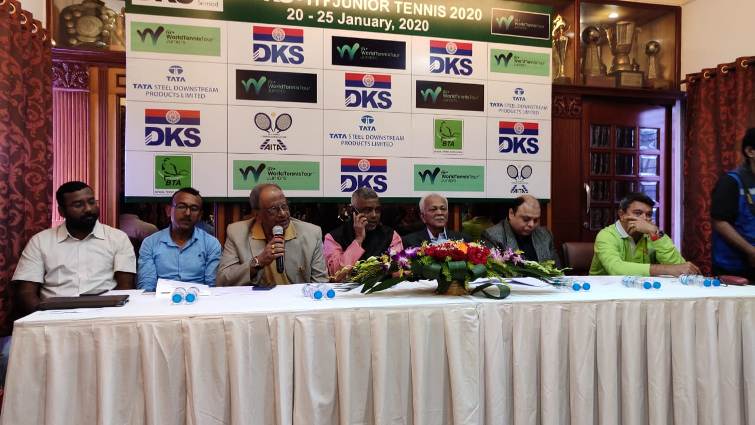 Kolkata/IBNS: The DKS  ITF Junior Tennis, a grade II ITF Tournament and one of the  prestigious events for the junior players, will be held at the synthetic courts of Bengal Tennis Association (BTA) in Salt Lake from Jan 20 to 25 next.

Addressing mediapersons here Friday, BTA Chief Operating Officer  Sujoy Ghosh informed that this would be 28th year that Dakshin Kolikata Sangsad (DKS)  would be  organising this popular meet. He said  the tournament is important for the junior players, specially from India, as they would earn  ITF points from  World Ranking Championship.

Pengyu Lu with 141 ITF ranking has been top seeded in the boys section while the pride of place in the girls' division went to  Maria Sholokhpva with 125 ITF ranking.

The Indian players who have earned entries here include  Uddayvir Singh, Aryaan Bhatia, Udit Gogoi among boys and Sarah Dev and Mallika Marathe among girls. These apart four Indians- each in boys and girls group- have received wild card entries in this competition.

The organisors are providing free boarding and lodging to all main draw players and accompnying nominated officials and coaches from foreign countries.