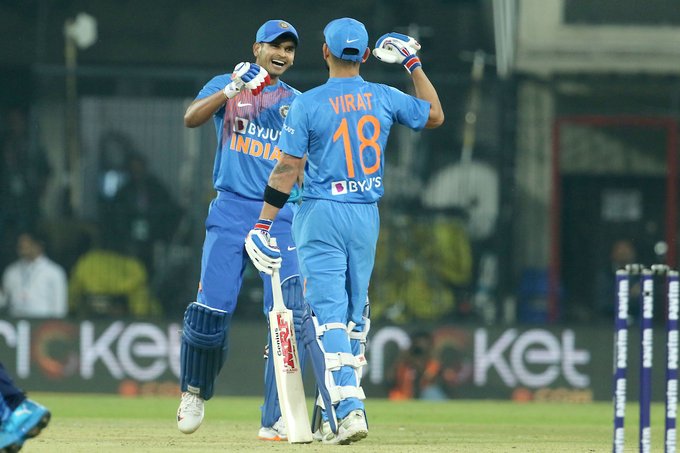 With the win, India took 1-0 lead in the series.

Sri Lanka posted 142 runs for the loss o0f nine wickets and then India reached 144 runs by losing three wickets with 15 balls to spare.

The first match of the series was abandoned on Sunday due to rain.

Kusal Perera top-scored for Sri Lanka with his 34.