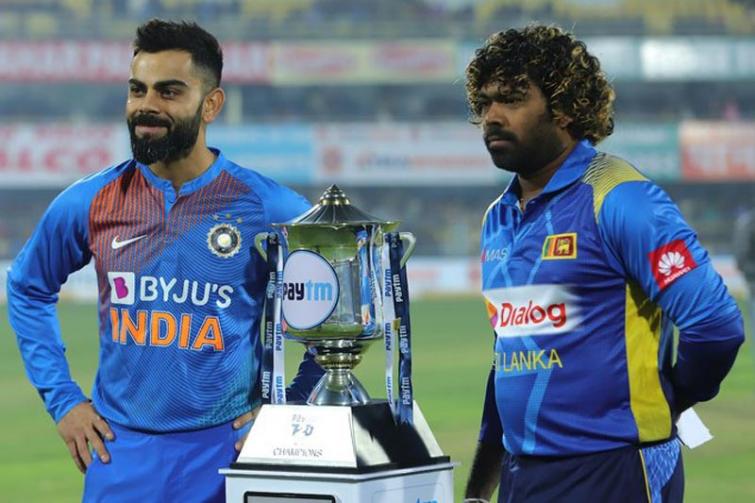 Indore/UNI: With the first T20I being washed out in Guwahati due to a damp pitch, India and Sri Lanka will now lock horns in the second match of the series, here at the Holkar Stadium on Tuesday.

The second match of the three-match series has now become more important and a must win for either team will ensure that they won't lose the series.

Team India are coming into the series on the back of T20I series victories against Bangladesh and West Indies respectively and thus would be the more confident side.
The focus will be on Jasprit Bumrah and Shikhar Dhawan who are making comeback into the squad after their respective injuries.

Bumrah was out for four months due to a stress fracture on his back and he will be rearing to make a strong comeback. On the other hand, Shikhar was not part of the West Indies series as he had hurt his knee during the Syed Mushtaq Ali Trophy.

The left-handed opener showed some glimpses of returning to form with a century in the Ranji Trophy. However, he will have a tough competition with KL Rahul for the opening slots in the team in the upcoming series.

While Dhawan didn't fire in 2019, KL Rahul utilised his opportunities in the T20s very well, scoring 62 and 91 in the first and third match against the West Indies in December. Notably, Rohit Sharma has been rested for this series but he will be back for the Australia series.

Washington Sundar would like to put up a stellar performance to ensure his ticket for the World T20 in Australia in October. Shivam Dube would also like to show his all-round ability till Hardik Pandya is fully fit and back in the squad.

An eye will be there also on wicketkeeper-batsman Rishabh Pant and he needs to perform well as Sanju Samson is already waiting in the dugout.

Meanwhile, Sri Lanka would like to give match practice to the likes of Angelo Mathews who is returning to the team having last played a T20I against South Africa in August 2018.

He did not find a place in the playing XI in Guwahati with the visitors also going for three specialist pacers and two spinners.

India and Sri Lanka have faced each other in 17 T20Is, out of which India have won 11 -- joint most for them against all opponents faced in the shortest format.

Sri Lanka have not won a bilateral series against India across formats for more than 10 years now and they will have to produce a special performance to upstage the hosts here.