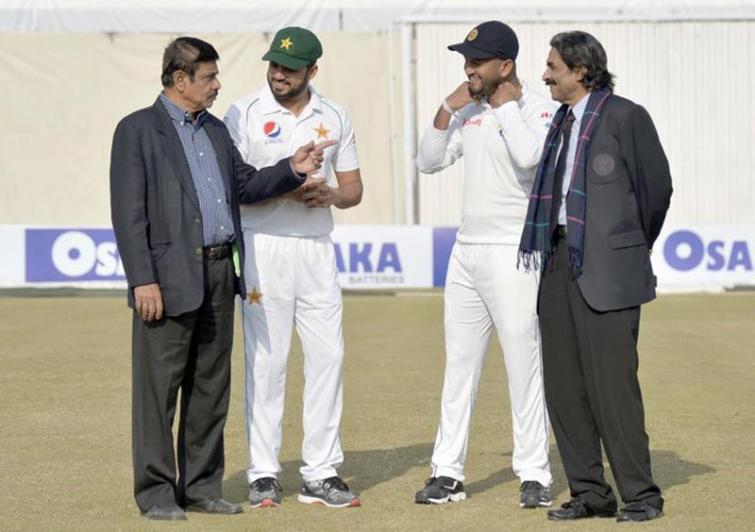 Karachi/IBNS: Pakistan is gearing up to host its first Test match on home soil after a gap of 10 years since the nation witnessed a terror attack on  Sri Lanka’s team bus in Lahore in 2009.

Once again, Sri Lanka is touring Pakistan to play a Test series in Pakistan.

The series is crucial as it is part of the World Test Championship.

Following the 2009 attack, which had left six security personnel and two civilians dead and six players injured, Pakistan could not host a single international Test match as countries refused to tour the nation.

Pakistan will take on Sri Lanka in two Tests in Rawalpindi and Karachi, starting Wednesday, 11 December.

"I am especially pleased for the players along with the fans who had to endure a drought of Test cricket at home for a decade or so," Ramiz Raja, who will be involved in the match broadcast on commentary was quoted as saying by ICC website. "To be able to play on home soil in front of home crowds should have been a given, but sadly an entire generation of Pakistan cricketers missed out on that! Well, all that comes to an end now and here’s to new beginning forever may it last!

"The reality sinks in more with me as I was calling the game on that day over 10 years ago ... Almost feels like I am padding up again!"

Another 1992 World Cup-winning team player  Moin Khan expressed his hop it would be the start of a revival in Test cricket for Pakistan, who are ranked No.8 on the MRF Tyres ICC Test Team Rankings.

Shoaib Malik, who played in the last Test series between the teams in Pakistan, told the website: "Test cricket coming back to Pakistan is quite an emotional moment for me. When I retired from red-ball cricket, I knew I was letting go, at a certain level, the essence of cricket. I knew Test cricket will return to Pakistan, Inshallah, but now that it’s here, I’m feeling very emotional.

"I must thank the Sri Lankan team and the Sri Lankan board for taking this step and playing an instrumental role in bringing international cricket back to our country and to our people. We will never forget, may that time never come, but, Inshallah, you will find us hand in hand with Sri Lanka and their people in times of need."