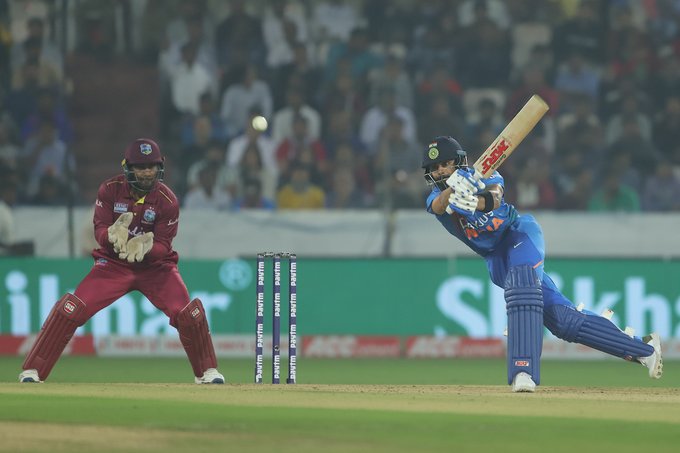 West Indies batted first and piled up 207 runs for the loss of five wickets in their 20 overs and then India went out and hammered their way to 209 runs by losing four wickets.

It was another one-man army show with Kohli hitting six boundaries and six sixes in his knock.

A captain's knock by @imVkohli as India win the 1st T20I by 6 wickets. #INDvWI #TeamIndia pic.twitter.com/osg63znNEn

KL Rahul added 62 with his willow.

Pierre picked up two wickets for the visitors.