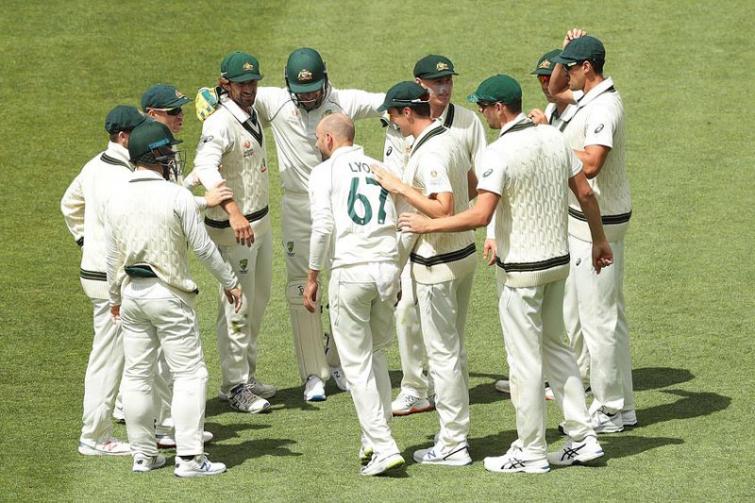 Michael Vaughan feels only India can challenge Australia on its soil

London/IBNS: Former England captain Michael Vaughan feels that only Indian cricket team can give a challenge to Australia on its soil at the current stage.

"This Australian Team in these conditions are going to take some beating ... Only @BCCI  #India have the tools to do so at this stage imo ... #AUSvPAK," Vaughan tweeted.

This Australian Team in these conditions are going to take some beating ... Only @BCCI #India have the tools to do so at this stage imo ... #AUSvPAK

Maintaining its dominant form, Australia completed series whitewash against Pakistan on Monday after thrashing the Azhar Ali-led visitors by an innings and 48 runs.

Australia have moved to a total of 176 points and are in second position in the ICC World Test Championship table after grabbing a full 120 points against Pakistan with a 2-0 series win.

Australia went into the two-Test series with 56 points carried over from their five-match series against England, which had ended in a 2-2 draw. The two comprehensive wins in Brisbane and Adelaide though have fortified their position in the nine-team championship.

Pakistan could not get any points in their opening series, but will get a chance to change that in home conditions against Sri Lanka when they play a two-Test series from 11 December in Rawalpindi and Karachi.

India are strongly placed at the top of the table with 360 points from three series – against the West Indies, South Africa and Bangladesh, who are all yet to get any points. Sri Lanka and New Zealand are on 60 points each after drawing their two-match series 1-1.

The top two teams at the end of the league will play the final in the UK in June 2021 with the winners crowned the World Test Champions.