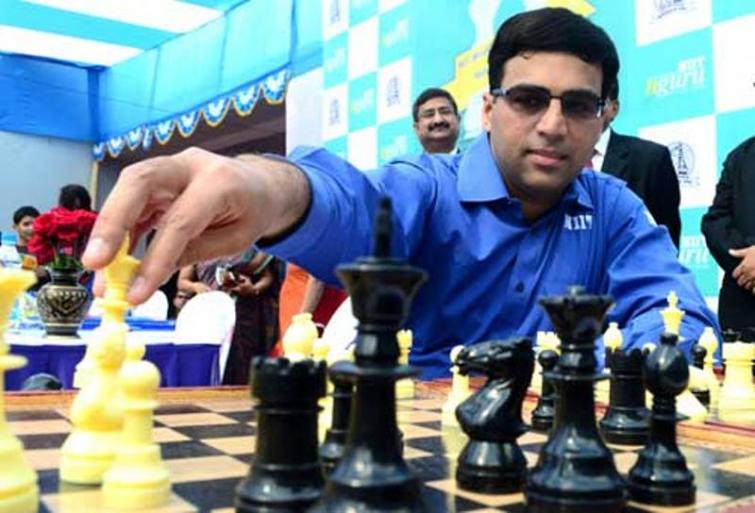 Kolkata/IBNS: Former world champion and titleholder in the Blitz segment Viswanathan Anand will face a tough challenge as the Kolkata leg of the Grand Chess Tour (GCT) involving eight of the fifteen top grandmasters of the world begins at the historic National Library campus here Friday.

This would be the seventh leg and penultimate out of total eight –leg Grand Chess Tour. 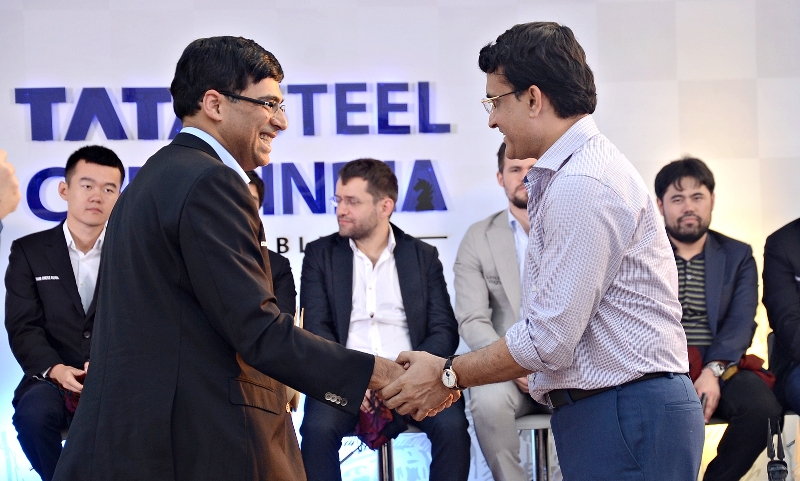 After the last leg to be held in London from December, the top four players would contest in the final to be held there only.

Current World champion Magnus Carlsen from Norway and Levon Aronian from Armenia have already qualified for the final having earned the necessary points by the end of 6th leg of the tour.

Out of the total 12 players participating in this tour Anand’s position,  after the sixth leg, is 6th  with 32 GCT points while Magnus Carlsen leading the pack with  54.5 GCT points.

After the ‘draw of lots’ which was done by the former India cricket captain and Indian Cricket Board President Sourav Ganguly and Secretary of All India Chess Federation Bharat Singh Chauhan, P Harikrishna of India will play the first match in Rapid section against compatriot Bidit Gujrathi.

In other matches of this event on Friday, Viswanathan Anand will meet Ding Liren of China, Magnus Carlsen (Norway) will face Wesley So from the USA,  Anish Giri from Holland will take on Ian Nepomniachtchi of Russia and Levon Aronian will play against Hikari Nakamura from the United States.

The line up for Blitz section will see Levon  Aronian playing against P Harikrishna and Anand taking on Ian Nepomniachtchi on Nov 25.

In other matches to be held on the same day, Magnus Carlsen will be playing against  Bidit Gugrathi, Wesley So would take Ding Liren and Anish Giri will fight against Hikaru Nakamura.

One of the top Indian chess players and Grand Master Dibyendu Barua commenting on the tournament said: “It will be indeed a very interesting  chess meet involving so many top players of the world.  It will also be a tough challenge for Anand as he will have to play well to earn necessary  points to get a place in the final.”