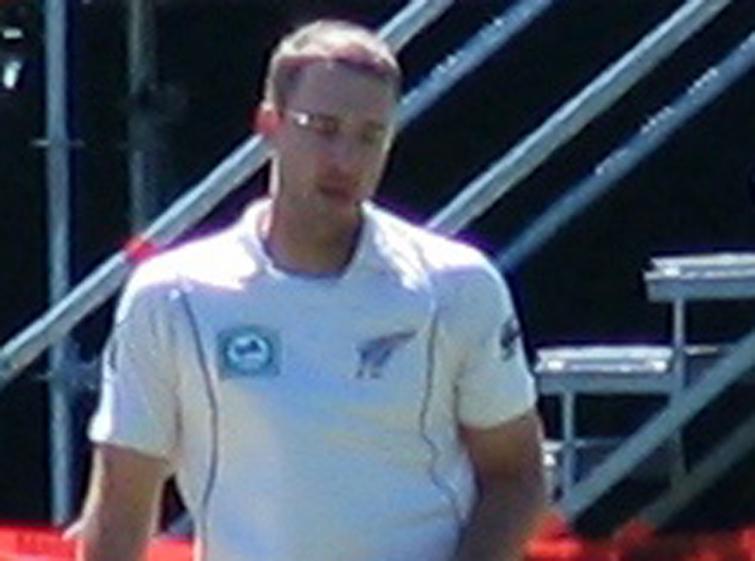 Pink ball plays relatively normal at this time of the day: Daniel Vettori

Kolkata/UNI: The pink ball plays relatively normal at this time of the day and the challenge will be how much of the Test match is under lights, according to Bangladesh bowling coach Daniel Vettori.

" The sun sets quite early here. That will be the time we will see the pink ball come into play. My experiences are only from watching on TV. So the twlilight hours, dusk seems to do a little bit more. So I think that's going to be the exciting period of the Test match, " he said.
" That will be the period where tactically teams might try out a few different things.


The four fast bowlers are excited. That's a nice thing. Bangladesh fast bowlers don't get to be excited too often. I think there is coming to grips with the ball. The SG pink ball is slightly different. Most guys' limited experience has been around the kookaburra one. But I think there is excitement around it. Big crowd and lot of interest. So for us as a team, real joy to be here. "


" The spinners haven't come into play that much if I recall correctly (from seeing previous pink ball Tests). It has been the seamers. But I still think the spin bowlers play a big part in the nature of the game. So the first two sessions, spinners could really be important. In majority of Test matches, spinners are required at some time of the game. "


" They all enjoy the SG ball for a start. So it has been enjoyable to bowl with for spinners so far, " Vettori stated.


" The seamers did a great a job in the last Test so they will come to the fore. The relaid wicket here has more bounce. It was watered today and is now covered. The seamers, because of the pink ball and under lights, will play a big part in this Test match. "


" We have had only one session when its dark so they haven't really experienced night time. Tomorrow we will get to experience that. So far so good as the pink ball behaves so normally at this time of the day, " Vettori added.


" It is a big part of test cricket. The fact that there will be so much people here, you have to acknowledge how important that is. And I think the way people manage their time is trickier, so if you can extend the test match until night time, you can bring more and more people into it, " he noted.


" My experiences have only been on TV and I enjoyed watching it. It has a big part in the future, but it will be balanced out with day Tests as well. "


" It could almost have a T20 or a one day atmosphere. There will be a big crowd and Indian players are so recognised wherever they go. So Kohli walking out to bat will feel like a T20. Rohit...and if those guys get going there will be an atmosphere that probably no player has played in Test match conditions. So that bring another element to it. "


" Spinners can still play a big part in pink ball test. It's slightly different here because of the early sunset. So significant part of the match will be played under normal conditions. So spinner won't become redundant in pink ball test matches. We haven't done anything differently, " Vettori observed.


" Really excited, I think. I wish I knew Taijul, knew Miraj, seen Naim up close; I think Naim is a special talent. Irfat Sunny was here as well. Saw a few guys in Dhaka. I am lucky that I could come to Bangladesh and work with a lot of spin bowlers. It’s an exciting opportunity. I knew there would be a lot to work with, I didn’t quite, I suppose, appreciate the talent. There is a really good group of bowlers who can grow. With more and more cricket they can get. The more experience the three who are here. And Biplab as well who was so important in the T20s as well. "


" Spin Bowling to Indians: Probably brings back nightmares for me. Indians have been so dominant against overseas spinners particularly in the last three or four years. Whichever spinner has come to this part of the world has been put under a lot of pressure and that is due to the nature of the wickets, the expectations on the spinners and the skill that the Indian batsmen obviously have. It is difficult being an overseas spinner coming over here. Mainly because of the quality of the batsmen. We saw the pressure that Mayank put our spinners under. And Rahane. So it’s a tricky challenge. The wicket was as good as it was in Indore. There wasn’t a lot to work with. It is probably going to be the same here as well. "
" I don’t think it is a case of overseas spinners coming here and looking to dominate, do your role as you would back home. It is more about the economy rate, taking 2/60 or 2/70 in the first innings and trying to see what the second innings presents you. That’s the right way to go about it, " he said.


" Thoughts on twilight: Visibility is fine. I think the only anecdotal conversations I have heard is that it has been a little bit hard to pick up at square-leg and those areas. I haven’t experienced them myself, that’s what I have heard. That will be interesting to find out if the slips are picking it, gully, the umpires. They say there is a small halo effect the ball has. Look I think we are all excited to play this and see how it plays out rather than worry about those little things that could go wrong. Whether it is or not here, could be different, we will soon find out. "


" Going back to Bangladesh to woirk: I have got a certain amount of days..The players have got the BPL now. My next engagement is the Pakistan series, " Vettori stated.