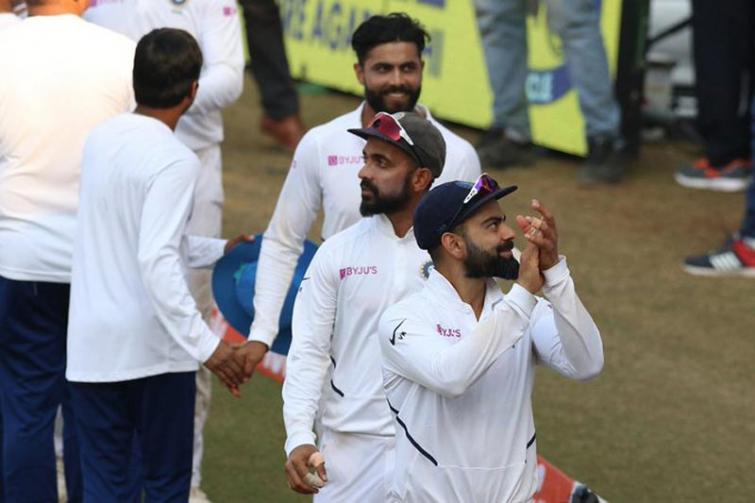 India thrash Bangladesh by an innings and 130 runs, take 1-0 lead

Indore/IBNS: Indian bowlers dominated the third day of the first Test against Bangladesh as the home side defeated the visitors by an innings and 130 runs to take 1-0 lead in the series here on Saturday.

After the first innings,  Mohammed Shami shinned with the ball once again in the second innings and picked up four wickets to end the Bangladesh order.

Mushfiqur Rahim remained the only golden spot in the opponent batting lineup as he scored 64 runs with the willow.

He hit seven boundaries in the innings.

Liton Das (35) and Mehidy Hasan Miraz (38) delayed the victory for Indian side.

R Ashwin and Umesh Yadav picked up three and two wickets each.