Etihad Airways stops flights from India to UAE till further notice | Heavy rains cause cloudburst near Amarnath Cave in J&K, no casualties reported | I am nobody alone, Opposition should be united to defeat Modi: Mamata after meeting Sonia, Rahul | Tokyo Olympics: Deepika Kumari defeats Karma of Bhutan to reach last 16 in women's individual archery | Statehood to Jammu and Kashmir at appropriate time, says govt in Rajya Sabha 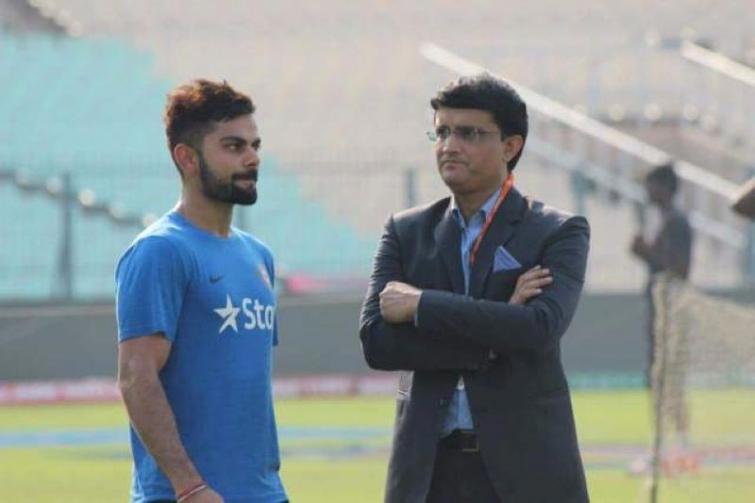 Mumbai/IBNS: Former Committee of Administrators (CoA) member Vinod Rai has said present Board of Control for Cricket in India (BCCI) president Sourav Ganguly would have thrust Anil Kumble down skipper Virat Kohli's throat had the rift between the Indian coach and captain occurred at this present time.

Rai made the comment in an interview with Hindustan Times a day after the CoA was dissolved following Ganguly's assumption of the post of the BCCI president.

Rai told Hindustan Times, "Look, if there is a difference in the dressing room between captain and coach, who is more dispensable? Obviously, the coach. That’s where we got caught. Dirty linen got washed in public. Ramachandra Guha resigned (as CoA member). Same thing arose with the issue of Mithali Raj and Ramesh Powar.

Dissonance in the dressing room and we had to fall back on CAC again. There was so much controversy. Who could have handled it better? If this had happened today, Sourav would have thrust Kumble down Virat’s throat. But it could have created more tensions. I respected Kumble because he walked out."

Kumble, who was appointed by the Cricket Advisory Committee (CAC) comprising Ganguly, Sachin Tendulkar and VVS Laxman as the coach, had a rift with Kohli in 2017.

The legendary spinner quit as the coach citing his relationship with the skipper as "untenable".

Ganguly on Wednesday formally took charge of the BCCI as the cricket board president.

The former skipper lauded Kohli in a later press conference saying, "Virat Kohli is the most important person. I have also remained the captain of the team. Opinions and discussions will be there."

"Virat Kohli will get full cooperation from me. He will get what he needs," he added.