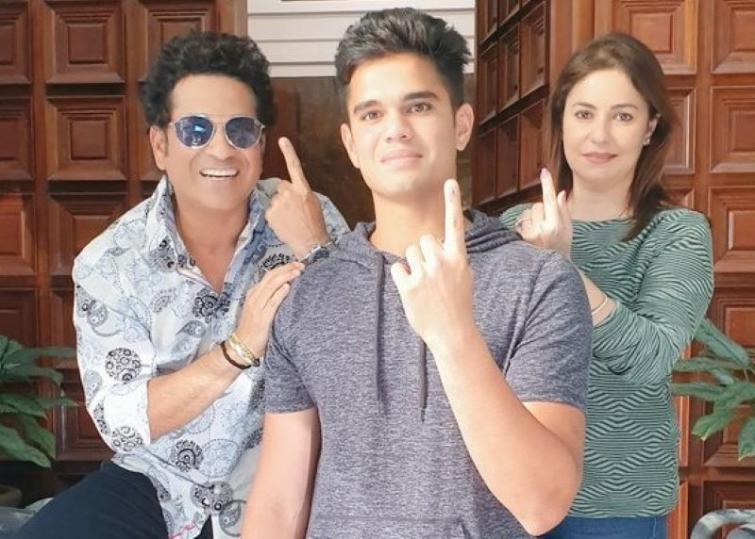 Mumbai/IBNS: Former Indian cricket captain Sachin Tendulkar urged all "eligible voters" to turn out in large numbers and cast their votes in the ongoing Maharashtra assembly elections amid the usual lower turnout of voters in the state.

Tendulkar on Monday cast his vote with his wife Anjali and son Arjun.

Interacting with media, the Mumbai man said, "I urge all eligible voters, particularly the young generation, to cast their votes for a better future."

Even in the 2019 Lok Sabha polls, Mumbai had recorded a very poor turnout of the voters.