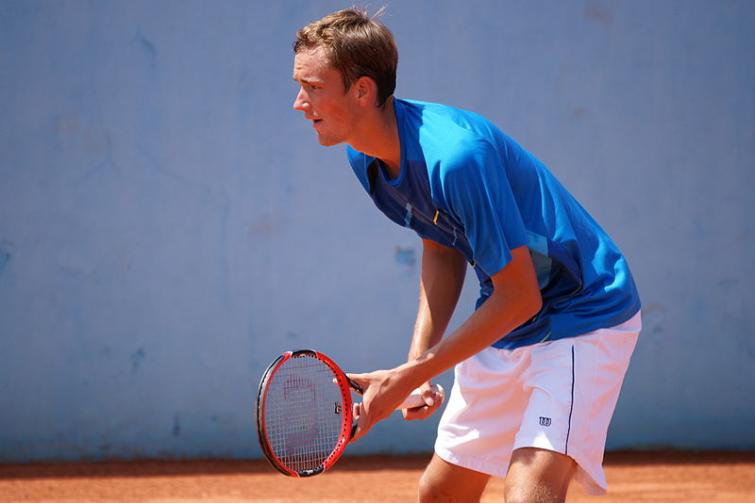 It was Medvedev's career-first victory over Zverev after losing all their previous four meetings.


The 23-year-old has pocketed a Tour-leading 59 victories in the year of 2019 and Shanghai is his stellar sixth final in a row, during which he has been crowned in Cincinnati and St. Petersburg, and made his debut in Grand-Slam final in the US Open.


Medvedev went into the match with good form as he broke Zverev in the second game for an early 2-0 lead in the first set. The fifth seed Zverev broke back in the fifth and held his own service in the sixth to level the score 3-3.


The two players went with serve as Medvedev led by 5-4 after the ninth game. But Zverev committed two double faults in the key tenth game to give the chance to the Russian as the third seed took the first set 6-4.


The second set repeated the same story of the first as Medvedev broke Zverev's first service to a 2-0 lead. He then broke once more in the fourth game to establish a dominant 4-0 lead and finally sealed the victory with an ace in the seventh game.


This year's Shanghai Masters has been marked with a breakthrough for the young generations as the four semifinalists - Medvedev, Zverev, Stefanos Tsitsipas of Greece and Italy's Matteo Berrettini - are all born in the 1990s, which is the first time in ATP Tour history. Now, Medvedev has proved that he is the leading contender to join the "Big Three" - Novak Djokovic, Rafael Nadal, and Roger Federer.