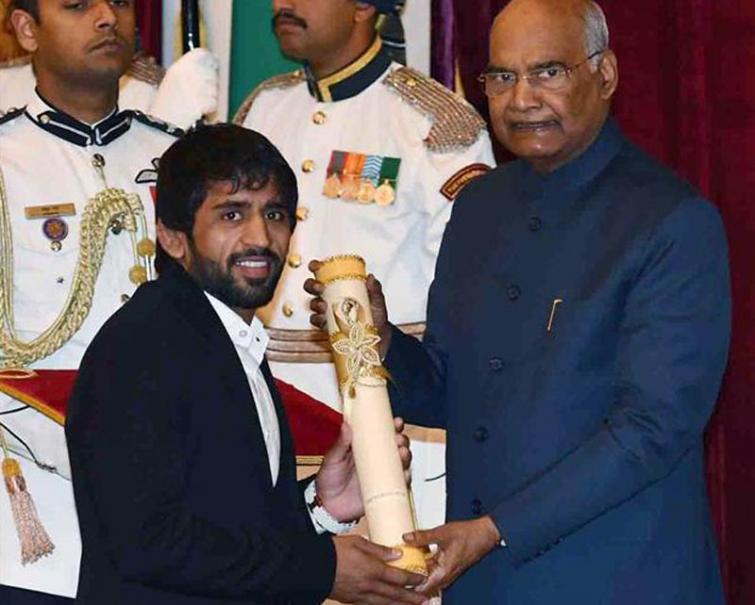 Nur-Sultan (Kazakhstan), Sep 19 (UNI) India's ace wrestler and World No 1 Bajrang Punia started his World Wrestling Championships campaign with a 9-2 win over Poland’s Krzysztof Bienkowski in the 1st round (65kg) here on Thursday.

The Indian took a 5-0 lead in the first round of the 65 kg bout while his opponent managed to pick up 2 points after the restart, but it was not enough to pull off a win against the Indian grappler.

Playing later in the day, Bajrang defeated David Habat of Slovakia 3-0 in the pre-quarters and entered into the quarterfinals. He will earn an Olympic 2020 qualification if he manages to pull off another win in the day.

Malik conceded a 6-0 lead in the first round. She managed to make a comeback in the second round, but it was not enough for her to pull off a comeback win.

Sakshi, however, isn’t out of the tournament yet. If Aminat Oluwafunmilayo Adeniyi reaches the gold medal match then Sakshi has a shot at the Bronze medal through the Repechage rounds.

Meanwhile,  Asian Games bronze medallist Divya Kakran (68kg) went down 0-2 in a completely one-sided opening bout against reigning Olympic and former world champion Sara Dosho of Japan. However, Kakran still has a chance of entering the repechage round if her opponent makes it to the final.