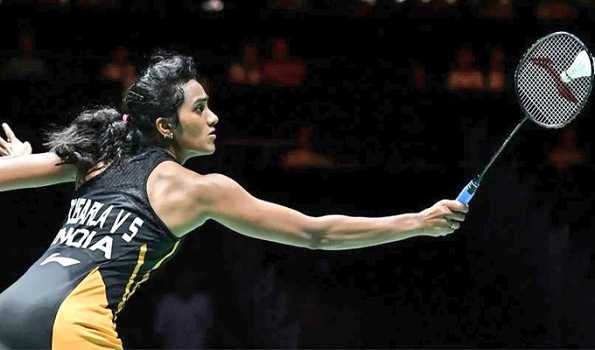 Sindhu defeated Chen Yu Fei 21-7, 21-14 in a 40-minute long semi-final match, to enter the BWF finals for a third consecutive time, thus assuring herself of a fifth medal at the World Championships.

After missing out on two match points, the ace badminton won the second game 21-14.

She is one step away from becoming the first Indian player to win a gold medal in the history of this tournament. Sindhu had also won silver medals in the tournament, in the last two years. She has also won two bronze medals at the World Championships.

Sindhu will now take on the winner of the second women's singles semi-final between former champions Ratchanok Intanon and Nozomi Okuhara in Sunday's final.