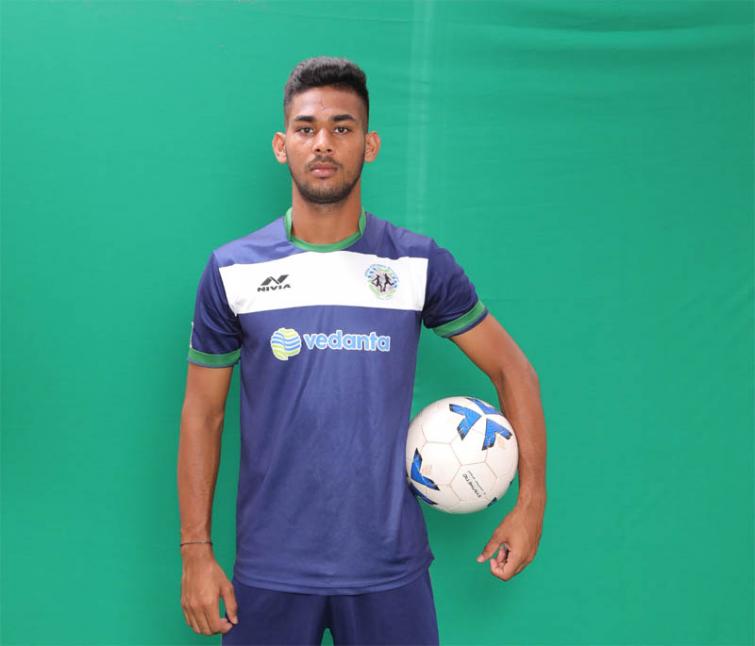 India Blooms News Service | @indiablooms | 24 Jul 2019, 12:57 pm
#Anil Chavan, #ATK
Panjim/Kolkata, July 24 (IBNS): SESA Football Academy today announced that its Captain Anil Subhash Chavan has signed for Indian Super League (ISL) side ATK and will join their developmental squad. The 20-year-old defender from Goa will make his debut this season, in the upcoming Durand Cup 2019 and is the second graduate from SESA FA to join the Kolkata based club.

Anil led SESA FA squad to a remarkable promotion to the Goa Pro League by delivering a stellar performance in the GFA First Division League last season. A versatile defender, he registered two goals and five assists for SESA FA in his 12 appearances during the league.

SESA Football Academy President Annanya Agarwal congratulated Anil and commented, “Anil was always one of the brightest stars of our academy and I am proud of him achieving this significant milestone in his life. It is our aim at SESA FA to nurture talented footballers at a young age and we will continue to produce more players like Anil in the future. We are on the right path to becoming the biggest contributor to Indian football.”

Deggie Cardozo, Head Coach, ATK Reserves said, “We have signed Anil as a promising asset owing to his strong credentials and past performances. He is the second graduate from SESA FA after Denzil Franco to have been inducted in our squad and looks propitious for our club and we see a bright future for him ahead.”

In his five years' tenure at the academy, the youngster underwent a rigorous training regime and developmental plan as a trainee. He delivered some eye-catching performances in the league and bagged three man-of-the-match trophies in the league campaign.

“I owe this success to SESA FA whose constant support and the right kind of guidance has primed me into bringing the best out of me. I am very excited to begin my new journey with ATK and thrilled to be a part of such a prestigious club,” said a delighted Anil Chavan.