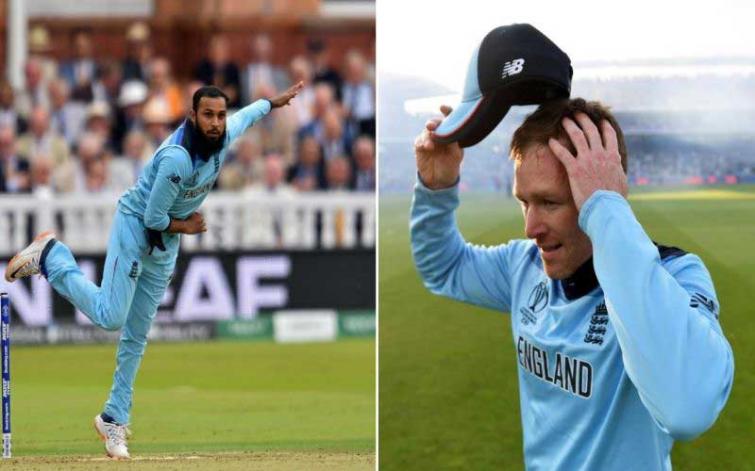 London, July 15 (IBNS): After a dramatic win against New Zealand in the World Cup final, England captain Eoin Morgan, who leads a number of players hailing from different nations and cultures, stressed on the diversity in his team.

During the post-match press conference, Morgan revealed that it was spinner Adil Rashid who said that Allah (God) was with the English team.

"We had Allah with us as well. I spoke to Adil Rashid, he said Allah was definitely with us. I said we had the rub of the green. That actually epitomises our team. We're from quite diverse backgrounds and cultures and guys grow up in different countries. To actually find humour in the situation we were in at times was pretty cool," the skipper said as quoted by India Today.

England had a fair share of luck on Sunday's final as the hosts got four runs due to an overthrow at a crucial juncture of the match. In the last over the match, an overthrow got deflected by England batsman Ben Stokes and went straight to the boundary adding six runs in total from one ball.

Trent Boult caught a ball hit by Stokes but in vain as he stepped into the boundary rope. As a result, England added six runs in that delivery.

England consists of players who belong to diverse cultures. While Rashid and Moeen Ali are second generation Pakistanis, Stokes and Jason Roy were born in New Zealand and South Africa respectively. Skipper Morgan played for Ireland in international cricket until he switched to England.

The final match entered into the Super Over after England scored 241 losing all wickets in 50 overs in reply to New Zealand's 241/8 in the same number of overs. In the Super Over, both the teams scored 15 runs.

England were declared the champions as they had scored more number of boundaries in the match and Super Over. However, the International Cricket Council (ICC)'s rule to declare the winner in case of a Super over tie has been severely criticised by cricket fans and experts.