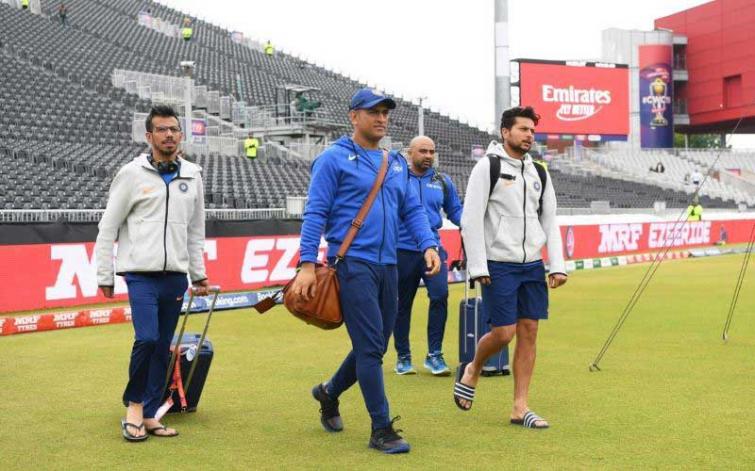 No tickets, men-in-blue can't fly back to India before July 14

Manchester, July 12 (IBNS): Though the men-in-blue have crashed out of the Cricket World Cup couple of days ago, the Indian team will have to stay in Manchester, England, till July 14 due to unavailability of immediate tickets.

The Indian team management has failed to get tickets for the players on an immediate basis.

The cricketers will head to different directions as India will have a break before they fly off to West Indies for their next assignment scheduled to begin on August 3.

After topping the points table in the league stage, India received a shocking defeat in the hands of New Zealand in the semifinal by 18 runs.

After the batting collapse of the Indian team, questions are being raised about tactics behind sending former skipper Mahendra Singh Dhoni at number 7 in the semifinal.

This is the second consecutive World Cups where India were knocked out from the semifinal.