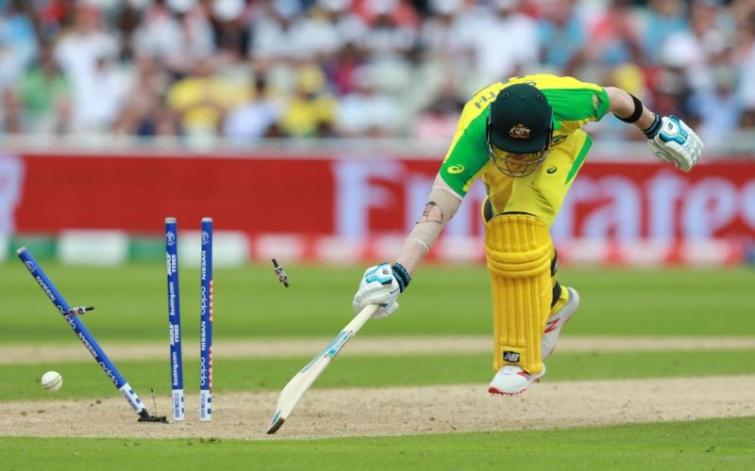 Birmingham, July 11 (IBNS): England bowled out Australia for 223 in 49 overs in the second World Cup semifinal here on Thursday.

Steve Smith was the top scorer for the Aussies with his 85.

After the top-order batting crumbled in front of the English bowlers, middle-order wicketkeeper-batsman Alex Carey scored 46 off 70 balls.

From 14/3, Smith and Carey rescued Australia and smashed a 103-run partnership in the middle.

Glenn Maxwell and Mitchell Starc scored 22 and 29 to help the Aussies go past 200.