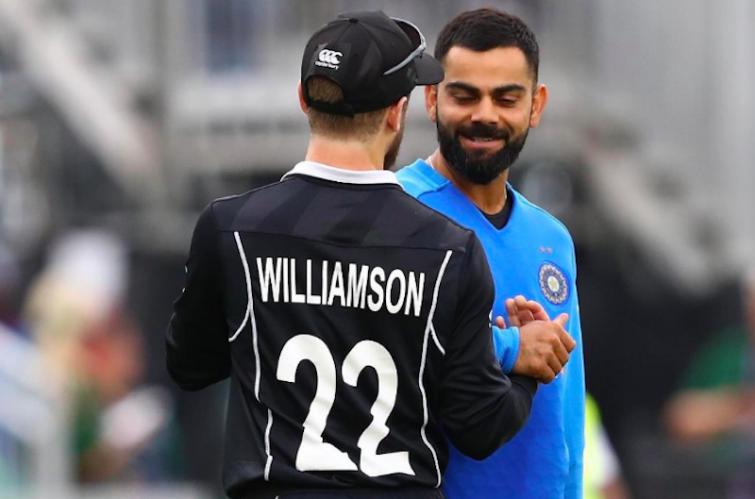 Bad 40 minutes cost us the game: Virat Kohli after crashing out of World Cup

Set a testing target of 240 at Old Trafford in the first semi-final by New Zealand, India were reduced to five for three in the fourth over by what Kohli described as a "perfect spell of fast bowling with the new ball" as he, Rohit Sharma and KL Rahul all fell for one.

The Indians fought hard, Ravindra Jadeja (77) and Mahendra Singh Dhoni (50) adding a World Cup record 116 for the seventh wicket, but those early wickets proved costly in an 18-run defeat.

Kohli said: “The game pretty much changed in those first 40 minutes when we were batting and New Zealand deserve a lot of credit because they put up a great display how to bowl with the new ball.

“They had perfect line and lengths and forced us to sort of make errors.

“The pressure created was immense in those first 40-45 minutes.

“New Zealand did not provide any opportunities for us, for the first seven or eight overs we didn't get a ball to drive.

“So that shows the kind of control they bowled with and they put the fielders in the right positions and that was a perfect spell of fast bowling with the new ball, which put us under a lot of pressure.

“We are not shying away from accepting that we didn't stand up to the challenge and we were not good enough under pressure and we have to accept that and accept the failure as it shows on the scoreboard.”

Kohli was obviously disappointed at the result, with India falling at the semi-final stage for the second successive World Cup.

However, the Indian skipper insisted there were no regrets from his side at their approach to the game.

He added: “I think we are sad but we are not devastated because of the kind of cricket that we played in this tournament.

“We know where we stood as a team and today we were not good enough and that is the nature of this tournament. A bad day in the knockout stage you are out of the tournament.

“But having said that we have qualified for the semis and we have played some really good cricket, so we should be also proud of the way we have played and look at the positives also because there were a lot throughout this tournament, especially Rohit's performance, Jasprit (Bumrah) with the ball and Jadeja given the opportunity.

“So there are many things that we can take back as positives. But yeah not having played that bad cricket and then just 40-45 minutes of bad cricket puts you out. As a sportsman you have to accept it, this is part and parcel of this game.”

New Zealand felt that 240 was going to be a difficult target to chase, and Kohli admitted their attacking approach with the ball paid dividends.

He added: “I wasn't surprised with how New Zealand played. If there is a low total, we knew there are probably only one or two sides in world cricket that would put seven fielders in the ring and that was always going to be New Zealand.

“We knew they were going to attack more and not let the game go to the end, they wouldn’t take it deep, they would go all out and play the game that way because I have seen them play that way.

“Third man was up in the ring. In the one-day game you had five catching fielders. So they know how to put pressure because they play very consistent cricket and this was an example of that.”