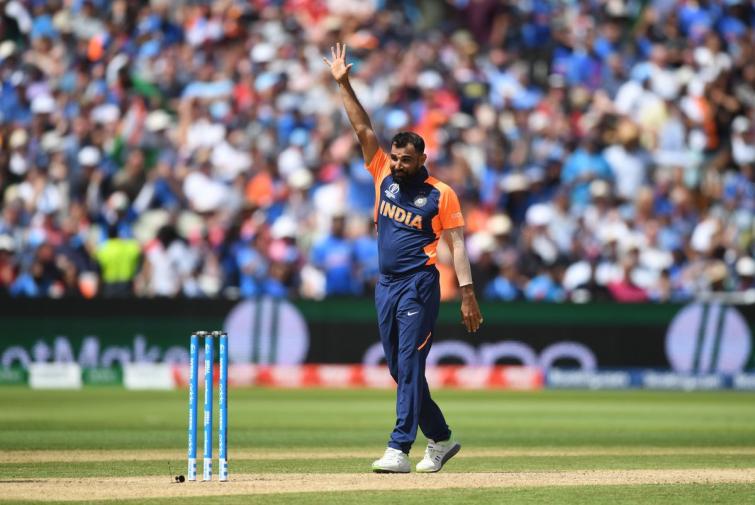 Birmingham, June 30 (IBNS): Riding on Jonny Bairstow's sensational 111 runs innings, England put a massive 337 runs for the loss of seven wickets in a World Cup match against India on Sunday.

England won the toss and opted to bat first and made the right decision as the openers Bairstow and Roy (66)  provided the home side the much needed start to the innings.

Roy smashed seven boundaries and two sixes in his knock while Bairstow was merciless in his 109-ball knock that was laced with 10 boundaries and six sixes which helped them put up a high target for the famed Indian batting lineup to chase down.

However, it was Stokes and his gutsy knock of 79 runs that made the difference at the end.

He played ruthless and hammered six boundaries and three sixes in his entertaining knock at the end.

Shami, who has already registered a hattick in the tournament, picked up five wickets in the match but gave away 69 runs in his 10 overs.

Jasprit Bumrah, India's top bowler, once again bowled brilliantly and picked up just one wicket but remained economical as he gave away just 44 runs in his quota of 10 overs.

Kuldeep Yadav took one wicket for the Men in Blue and Orange.

India played the match in their new away jersey.

Rishabh Pant is playing the match instead of Vijay Shankar.