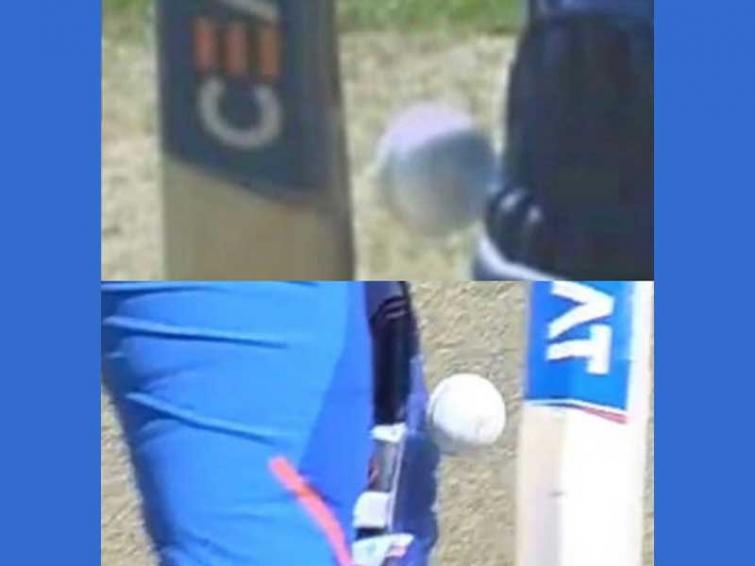 London, June 28 (IBNS): Indian opener Rohit Sharma on Friday shared evidence on the social media to prove that he was not out during the World Cup match against West Indies.

After Rohit added quick-fire 18 runs, his innings was cut short due to  a controversial decision given by the third umpire.

As per the evidence put up by Rohit Sharma, it seems that he was not out in the match.

Despite given not out by the field umpire, the third umpire sent Rohit back tot he pavilion after a spike was noticed on the UltraEdge.

The ball was a bit away at that point.

In the picture shared online, Rohit showed that the ball was  miles away from the bat.

The spike was created as the ball hit the pads.