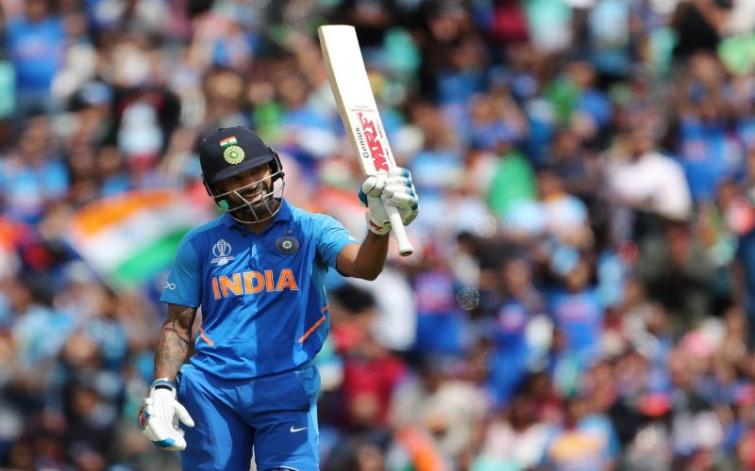 London, June 19 (IBNS): The Indian team received a major jolt as opener Shikhar Dhawan, who had hit a century in the match against Australia, have been ruled out of the World Cup due to injury.

He was injured during the match against the current champions.

Shikhar, however, went to score a crucial century in the match when it mattered the most for the team.

He did not come out to field in the match later.

Indian young wicket-keeper batsman Rishabh Pant, who had been flown to England as a cover for Shikhar Dhawan, has now been named as a replacement for the opener.

Making the announcement on Dhawan, the BCCI tweeted: " Following several specialist opinions, he will remain in a cast until the middle of July and therefore will not be available for the remainder of #CWC19."

Dhawan could not play in the match against Pakistan.

KL Rahul opened the innings in his place.

India will next face Afghanistan.