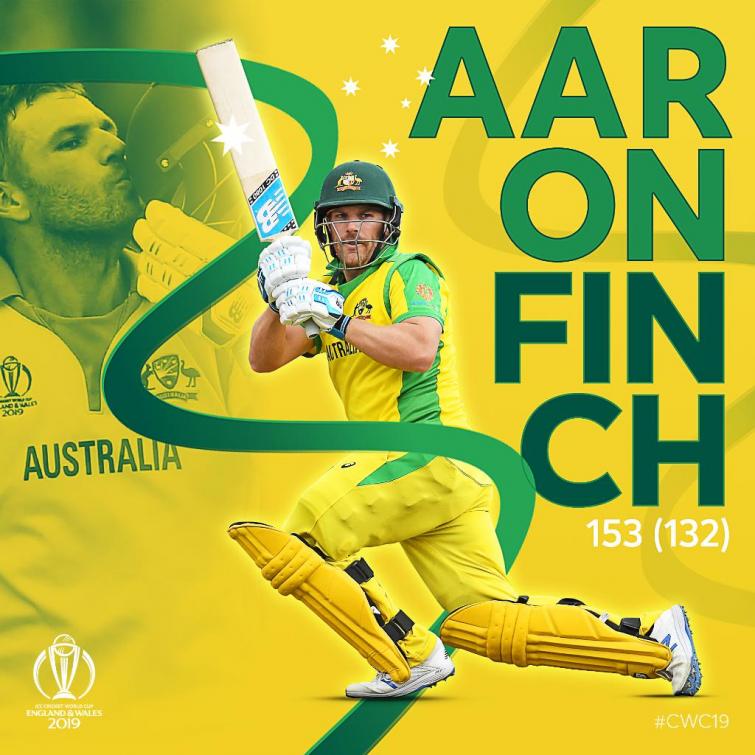 London, June 15 (IBNS): It seems that chances to qualify for the semi-finals is slowly slipping out of the grips of Sri Lanka as they suffered another defeat in a World Cup match this time at the hands of Australia here on Saturday.

Sri Lanka were then bowled out for 247 runs.

Karunaratne  remained the  only bright spot in the Sri Lankan batting as he contributed 97 runs with his willow.