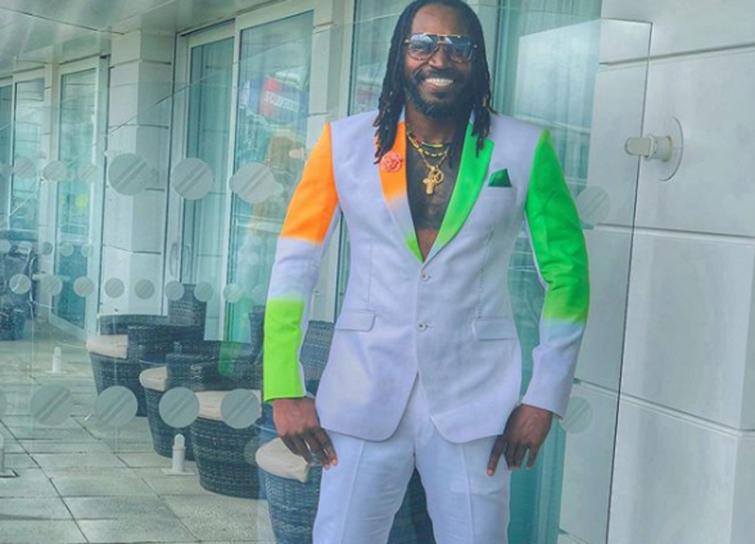 London, June 15 (IBNS): At a time when fans in the two neighbouring nations are gearing up for the major showdown on Sunday, a special spectator even went ahead and wore a suit made specially for the India and Pakistan rivalry on the field.

West Indies batsman Chris Gayle's suit has both orange and green shades on it.

" Yup! I’m rocking my india ðŸ‡®ðŸ‡³ Pakistan ðŸ‡µðŸ‡° Suit, all love and respect!ðŸ˜‰ âœŒðŸ¿... I really love it and this will be one of my outfit at my birthday party September 20th ðŸ˜...its lit ðŸ”¥ ðŸ‘ŒðŸ¿ðŸ•ºðŸ¾  #FashionOverStyle#UniverseBoss #KingGayle #45 #333 #Suit @sidbafna #Attiitude #CWC19," Gayle posted on Instagram.

Manchester will witness the match on Sunday.

India never lost to Pakistan in a World Cup match so far.

It all started in 1992 when India had defeated Imran Khan and his men.

The world has witnessed several electrifying World Cup encounters between the two sides.

The last one was played in Australia.

However,  Sarfaraz Ahmed and his side had defeated Virat Kohli's men in 2017 Champions Trophy final.