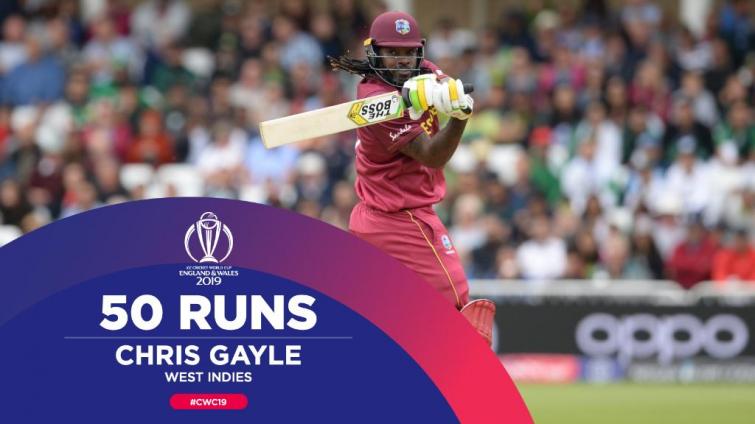 After bowling out Pakistan for 105 runs, West Indies reached 108 runs for the loss of three wickets in the 14th over of the game.

Gayle played a quick-fire knock of 50 runs where he smashed six boundaries and three sixes.

West Indies bowlers shined as they bowled out Pakistan for 105 runs in teir first World Cup match here on Friday.

Thomas and skipper Jason Holder bowled their heart out as they picked up four and three wickets each to finish off the Asian team's batting line-up.

Fakhar Zaman and Babar Azam remained the top scorers for Pakistan as they added 22 runs each.

Wahab Riaz played a blistering knock of 11-ball 18 at the end, where he smashed one boundary and two sixes, as he helped Pakistan cross the 100-run mark.