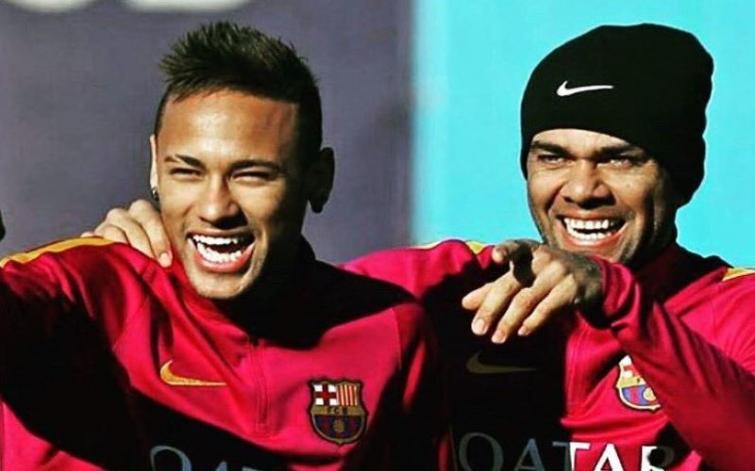 Brazil head coach Tite informed Neymar of the decision on Saturday and notified Alves after a team training session on Sunday, according to a statement on the CBF's official website.

The announcement follows a series of controversies surrounding Neymar, who was handed the captain's armband for a second time last September after a two-year leadership rotation policy.

The 27-year-old was this month banned for three matches by the French Football Federation for punching a fan after the French Cup final.

In April, he was suspended for three UEFA Champions League games for insulting officials following Paris Saint-Germain's elimination from the tournament.
Brazil will meet Venezuela, Peru and Bolivia during the group stage of the Copa America, to be played in Brazil from Jun 14 to Jul 7.

Alves, capped 138 times for his country, will also be Brazil's captain for friendlies against Qatar on June 5 and Honduras four days later.