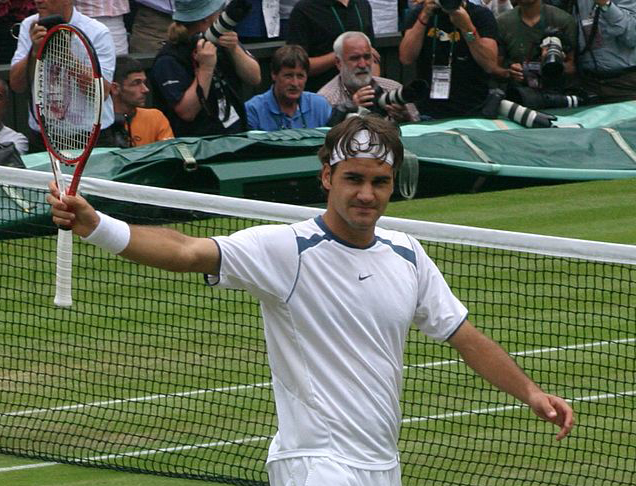 Paris, May 27 (Xinhua/UNI) Roger Federer made a triumphant return to French Open after three-year absence, easing past Italy's Lorenzo Sonego in straight sets in the men's singles first round, while fifth-seeded Angelique Kerber was shocked by Russian teenager Anastasia Potapova in the women's singles here on Sunday.

Federer enjoyed one-sided ovation from the crowds in a redecorated Court Philippe Chatrier when competing at the clay major for the first time after 2015.

"The reception I got today was crazy. It was really nice to see a full stadium for a first round like this. It was a beauty. So I'm very, very happy," Federer told a news conference.

The Swiss third seed used one hour and 41 minutes to overcome Sonego 6-2, 6-4, 6-4 through 36 winners, setting up a second round encounter with Germany's Oscar Otte.

But last year's semifinalist Marco Cacchinato found it unable to replicate success 12 months ago as the No. 16 seed lost a gruelling five-set thriller to local favorite Nicolas Mahut 2-6, 6-7 (6), 6-4, 6-2, 6-4 after three hours and 18 minutes.

In her Roland Garros debut, the 81st-ranked Potapova, 18, produced the biggest upset of the opening day action by seeing off three-time Grand Slam winner Kerber 6-4, 6-2.

The Russian continued her momentum following a 6-4 opening set victory to take four games in a row into the second set.

Kerber cut the deficit to 4-2 afterwards, but failed to come closer and crashed out from the competition with a forehand sailing wide in the eighth game.

She was unalbe to complete a career Grand Slam at least this year following victories in the 2016 Australian Open and US Open, and 2018 Wimbledon.

Potapova will next face Marketa Vondrousova of the Czech Republic, who knocked China's Wang Yafan out of the competition 6-4, 6-3.

Both players traded breaks early on. Then Vondrousova showed crosscourt skills to lead 4-1 midway through the first set. Wang moved closer to Vondrousova with two games in a row afterwards, but the Czech steadied for a 6-4 win.

Vondrousova had an early break in the second set and went on to build a 4-2 advantage. Although Wang came back from 40-0 down in the seventh game to maintain her serve, Vondrousova managed to secure her second round berth at 6-3 with her fifth break of the match.

Novak Djokovic and Rafael Nadal highlight Monday's action in the men's singles opening round, while China's Zhang Shuai is scheduled to put on her Roland Garros opener in 2019 against Varvara Lepchenko of the United States.