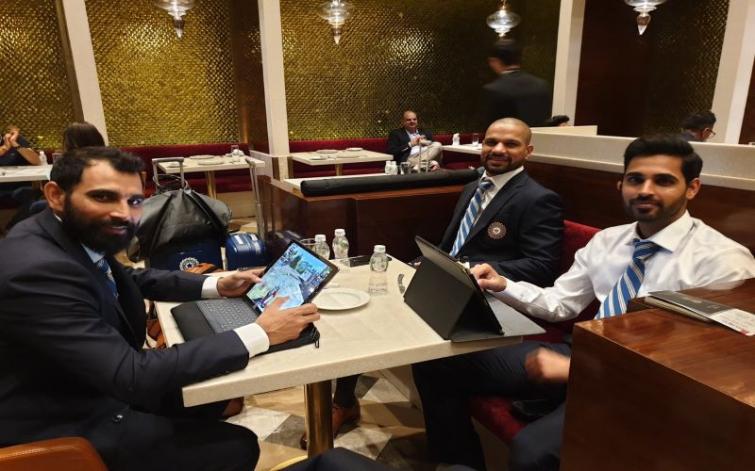 Mumbai, May 22 (UNI): The Indian Cricket team on Wednesday left Mumbai airport for England to take part in the much awaited International Cricket Council (ICC) Men's Cricket World Cup in England, starting from May 30.

Virat Kohli will lead the Indian team in the upcoming tournament and the 2011 World Cup winning captain MS Dhoni also features in the 15-member squad.

Addressing the media on Tuesday before the departure, Kohli said this will be the most challenging World Cup considering the round robin format of the tournament.

"This will probably the most challenging World Cup out of all the World Cups I have been part of looking at the format. The focus will be to play the best cricket we can play. If we do that, we will be on the right side of the result every time," Kohli said.

The top 10 Test playing nations will feature in this year's World Cup. All teams will play against each other in the Round Robin format as there will be no group division.

However, ahead of the World Cup, warm-up matches will take place starting from May 24. India will face New Zealand on May 25 for their first warm-up match followed by a match against Bangladesh on May 28.

India have won the World Cup trophy in 1983 and 2011 under the leadership of Kapil Dev and Dhoni respectively.

India will play their first game against South Africa on Jun 5 at Rose Bowl Cricket Ground.