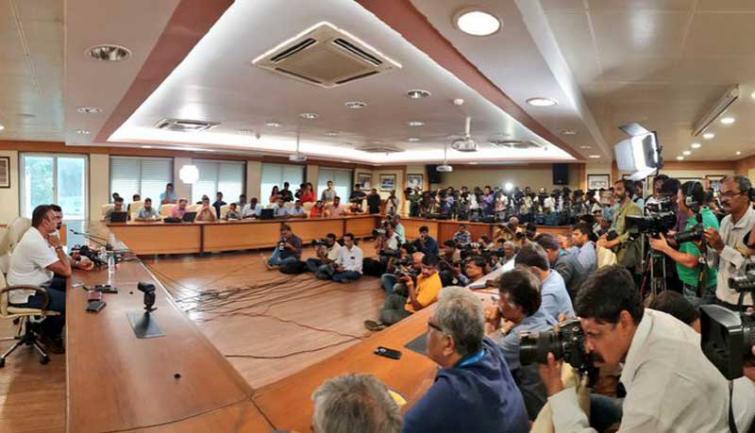 Handling pressure will be the most important thing in World Cup: Virat Kohli

Mumbai, May 21 (IBNS): Indian skipper Virat Kohli on Tuesday said handling the pressure will be the most important thing in the upcoming World Cup.

"Handling pressure is the most important thing in the World Cup and not necessarily the conditions," he said while addressing a press conference before leaving for England to play the World Cup.

Kohli said he expects to see side playing the best cricket in the 50 over showpiece event.

"We can expect to play the best cricket," Kohli said.

He said the Indian bowlers are not fatigued.

"All our bowlers are fresh," he said.

"The team that remain focussed and balanced will go a long way in the tournament," Kohli said.

Kohli said viewers can expect to see high-scoring games during the tournament.

"We expect high-scoring games in the World Cup" he said.

Indian coach Ravi Shastri said enjoying the game will be crucial for the players during the World Cup.

This is the first World Cup India will be playing under the leadership of Virat Kohli.

Kohli was a part of the 2011 World Cup winning squad.

India had reached semi-finals of the World Cup last time in 2015. Kohli had played in the tournament.

MS Dhoni was the skipper of the team.

The showpiece event will start on May 30.

England and Wales are hosting the tournament this year.

The last time England hosted the World Cup was in 1999. Australia had won the title under the leadership of Steve Waugh.

India will play two warm-up games against New Zealand (May 25) and Bangladesh (May 28) before the main event starts.

India will begin their World Cup against South Africa.