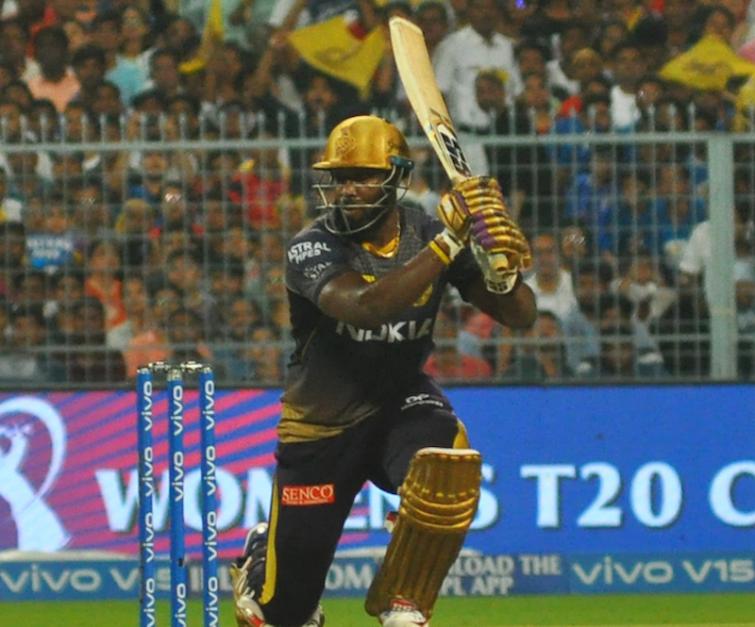 Kolkata, Apr 28 (IBNS): Riding on a swashbuckling 80 not out by hard-hitting West Indian Andre Russell and  and a flamboyant 76 by opener Shubman Gill, Kolkata Knight Riders went on to post 232 losing only two wickets against Mumbai Indians  in their last round robin league match of the 12th IPL Cricket at  Eden Gardens here Sunday.

Fighting with their back to the wall, hosts KKR, who are now languishing at the bottom with eight points from 11 matches, started as underdogs against Mumbai Indians who are at the third spot in league table with 14 points from eleven outings and have one of the best bowling line up in this IPL.

But both Russel and Gill give no respect to Mumbai bowlers and punished them  by hitting all around the ground.

Gill opened the innings  along with Chris Lynn after  Mumbai Indians called correctly and opted to field. The pair gave a solid start to the KKR innings putting 96 runs on board before Lynn was caught by Lewis  in  deep mid wicket off Chahar.  Lynn scored  54 off 29 deliveries, which included  four bounderies and two sixers.

The departure of  Lynn saw Russell joining Gill. After remaining  a little subdued  for a few overs,  Russel got into his rhythm and  both the batsmen collected runs at their will to post a big total  for  the hosts.  Gill, who showed  fine attacking display, was finally out scoring 76 off 45 balls . He hit six boundaries and four over-boundaries after adding 62 runs in second wicket with Russell.

The departure of Gill  saw  Russell, who got a life while on one when he was dropped by Lewis at deep midwicket off Chara, going into top gear and punished Mumbai bowlers to remain not out after scoring  80 off only 40 balls. He delighted  the capacity  Eden Gardens crowd with  six hitting to the fence and as many as eight  sixers. KKR skipper Dinesh Karthik who joined Russell after Gill was out, gave able support to Russell remaining not out at 15.

None of the Mumbai bolwers could impress while Chara and Hardik Pandya got a wicket each.

It now remains to be seen whether KKR bowling can  defend their total  keep their very slender hope for a  chance in the play off stage alive.