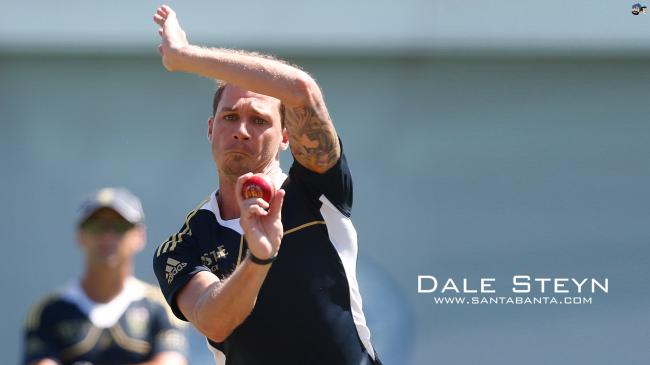 St. Lucia, Apr 26 (IBNS): South African fast bowler Dale Steyn will not feature in the remaining of the Indian Premier League due to injury.

He was playing in the current edition of the tournament for Royal Challengers Bangalore.

"Thank you for everything, @DaleSteyn62! Wish you a fast recovery! We hope to see you back in action soon! #steynGun #playBold," the IPL team tweeted and wished him speedy recovery.

The IPL will be played till May 12.

World Cup will start at the end of next month.

"Standard Bank Proteas fast bowler, Dale Steyn, will return back to South Africa after his right shoulder flared up while playing for the Royal Challengers Bangalore in the Indian Premier League. Steyn will be assessed by a shoulder specialist and measures will be put in place to get him ready for the ICC Men’s Cricket World Cup in England and Wales next month," Cricket South Africa said in a statement.

South Africa team manager Dr Mohammed Moosajee explained: “Dale felt discomfort after playing his second match at the tournament. Upon assessment and subsequent investigations, a flare-up of his right shoulder was confirmed. With the World Cup around the corner, it is our priority to get him back to full fitness before the squad departs on May 19th . He will consult with a shoulder specialist upon his return and a recovery plan will be put in place.”