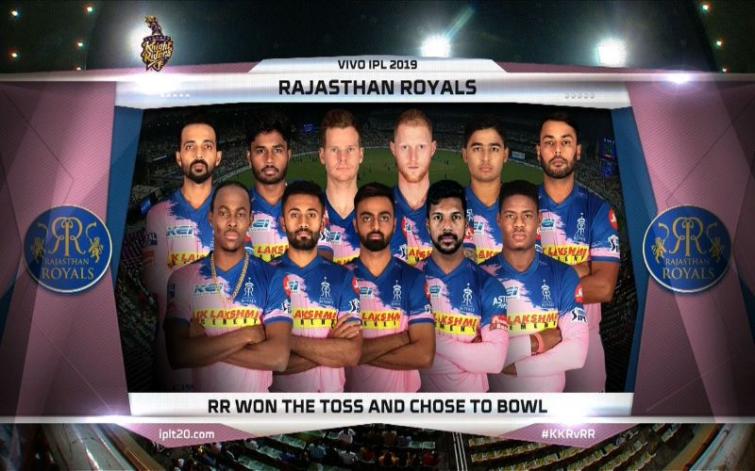 Kolkata made two changes to their side. Prasidh Krishna came in for KC Cariappa, Carlos Brathwaite replaced Harry Gurney.

Oshane Thomas is set to make IPL debut for Rajasthan.

Kolkata, which have so far won four out of 10 matches, will have to win against Rajasthan.

Dinesh Karthik-led Kolkata have lost five matches in a row.

On the other hand, Rajasthan have won just three out of 10 matches.