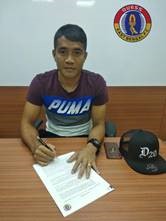 Kolkata, Apr 17 (IBNS): Quess East Bengal FC on Wednesday announced that the club has renewed its contract for two seasons with Midfield General Lalrindika Ralte, popularly known to the supporters as Dika.

Having had a spectacular season last year, Dika has expressed his happiness in continuing to be a pillar of strength and inspiration for the team.

"He is also delighted to be continuing under the able coaching and guidance of Coach Alejandro and regards the supporters as the best in the country," the club said in a statement.

Dika looks forward to having a stellar season ahead.