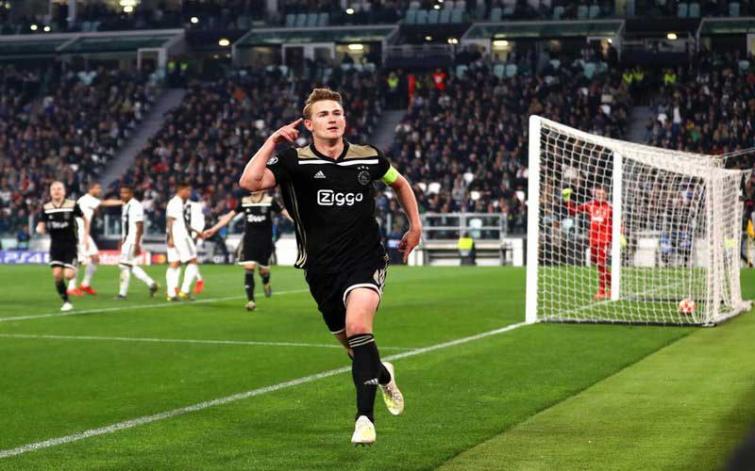 Turin, Apr 17 (IBNS): Ajax ended the Champions League journey of Juventus by defeating the hosts 2-1 in the quarter-final match at the Juventus Stadium here on Tuesday.

Though Cristiano Ronaldo helped Juventus to take lead upfront by scoring a goal in the 28th minute, the visitors were quick to hit back.

With one goal needed to reach the semi finals, Ajax's teenage captain Matthijs de Ligt hit the net in the 67th minute.

The winner of Manchester City-Tottenham will now face Ajax in the semi-finals.