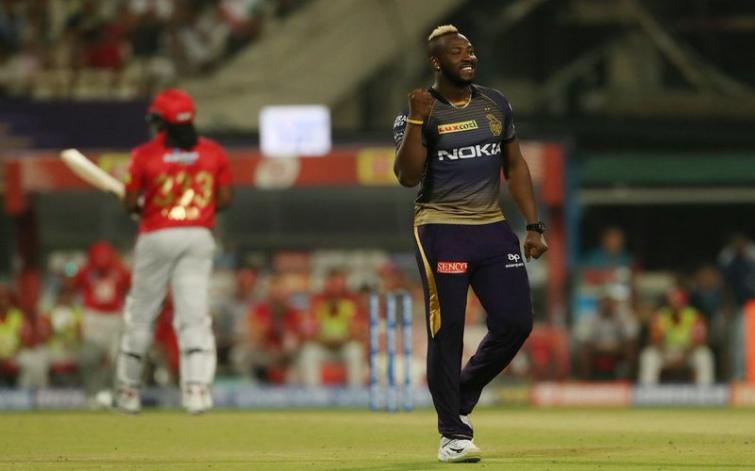 Chasing a huge target of 219, it was never easy for Punjab as the visitors failed to get a suitable start with both openers, Lokesh Rahul and Chris Gayle, going out early.

While Rahul could score just a run, Gayle contributed 20 to the team’s total.

In the middle, though Mayank Agarwal and and David Miller tried to stitch a partnership to stay in the hunt, Punjab could merely upset Kolkata bowlers. 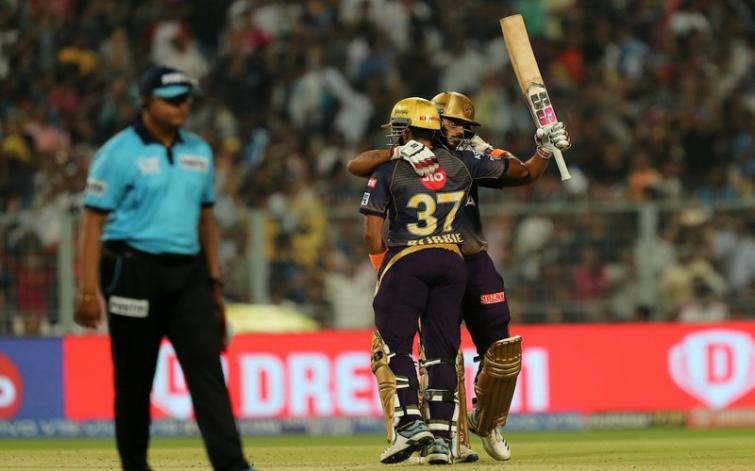 Except for some occasional boundaries, Agarwal (58 off 34 balls) and Miller (59 off 40 balls) were not in a position to earn a victory for their team which scored 190/4 in 20 overs.

An explosive batting by Nitish Rana, Andre Russell and Robin Uthappa helped Kolkata Knight Riders to post a total of 218/4 in 20 overs in their home match against Punjab.

To rescue Kolkata from 36/2 in 3.3 overs, Rana partnered his senior Uthappa to build a partnership which added 110 runs to the team’s total.

Rana, who was dismissed by Varun Chakravarthy, stolen the show by hitting seven sixes and two boundaries to play a mesmerising 63-run knock which required just 34 deliveries.

Uthappa, who came out to bat after Chris Lynn got out for 10 with a 100 per cent strike rate, kept his cool even after losing his partner. Uthappa remained not out at 67 off 50 balls. 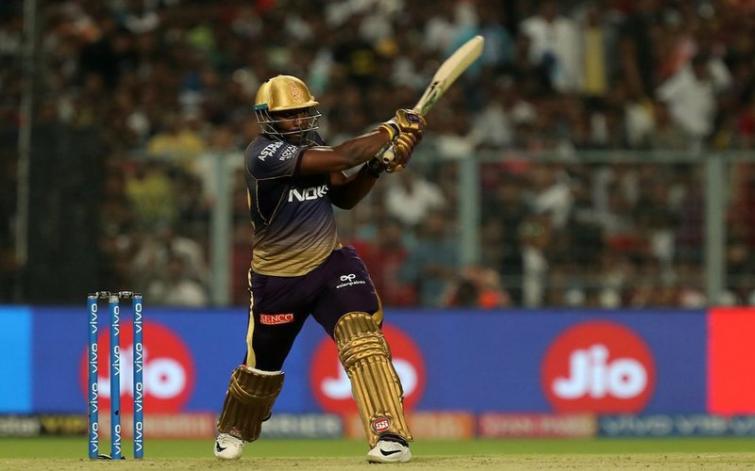 The match could have been all about Windies cricketer Sunil Narine, who picked the ball outside the park in the second over three times, but the pinch-hitter fell in the trap of Hardus Viljoin.

Windies all-rounder Andre Russell started right from where he left at the same ground against Sunrisers Hyderabad.

Coming out to bat in place of Rana, Russell played an explosive cameo of 48. In the 17th ball of his innings, Russell was dismissed while he was trying to for a big shot.

The Jamaican cricketer hit five sixes and three fours during his innings.

After batting, Russell unnerved Punjab with his clinical bowling. Not giving room to the visitors to comeback in the match, he clinched two wickets for 21 runs in three overs.