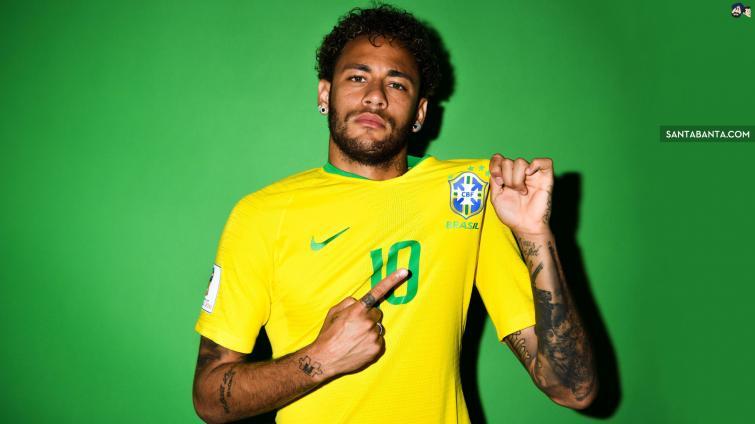 Rio de Janeiro, Mar 26 (Xinhua) Brazil captain Neymar is negotiating a contract extension with Paris Saint-Germain, according to the forward's father and agent.
Neymar has been the subject of transfer speculation since joining the French club from Barcelona for a world record fee of 222 million euros in August 2017.

The 27-year-old's current contract with PSG does not expire until June 2022 and the possibility of him leaving in the near future is remote, Neymar Sr told Brazilian news outlet Uol Esporte.


"People say that Neymar is always on the transfer market and linked to a big club," Neymar Sr said in an interview published on Monday.


"This means it's good management because he is among the names... But this does not mean he is going to go to one club or another.


"His name has been linked [to other clubs] since he was 17 years of age. He has had two transfers in his life but we have had 10 years of speculation. The probability of him leaving [PSG] is not big. It's his second year, he has three more and we are talking about a renewal with PSG."


Neymar Sr also spoke about his son's impact on Brazilian football, insisting that his legacy is already assured.


"We are happy with Neymar's career up until now. He can't finish his career feeling unhappy, having done what others think he should do and not doing what he thought he should do.


"Neymar is Neymar. Tomorrow other players will be compared with him. Just like Pele inspired some players like Zico, Romario, Ronaldinho, Ronaldo...Neymar will inspire other players.


"My job as agent is to plan for him. Neymar didn't have time to study to be a doctor, lawyer or journalist. He is a footballer. Our challenge is to make a career plan for him so when he stops playing he can have peace living his life."